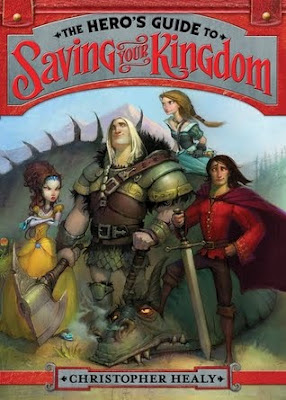 By: Christopher Healy
Published by: Walden Pond Press
To Be Released on: May 1st, 2012
Pre-Order from: Amazon | Barnes & Noble
Enter a world where everything, even our classic fairy tales, is not at all what it seems.

This title is the first in a series about the adventures of Liam, Frederic, Duncan, and Gustav. The second title is due out in 2013 -quoted from Goodreads
I love a great fairy tale mix up and this book sounds like it's going to be a fabulous read! Who doesn't love getting to read about the lesser known princes!? Now throw in some adventure and I'm hooked! I am really excited about reading this book and I look forward to sharing my review with you guys for it as well as hosting a give away for the ARC of it.
Posted by Mundie Kids at 1:10 PM Labels: Christopher Healy, Marvelous Middle Grade Monday, The Hero's Guide to Saving Your Kingdom, Walden Pond Press