Oh yes, we all remember those must have books we had to have that featured our favorite tween bands or actors. Well more like magazines like Tiger Beat and those "must have" magazines, since books like this weren't around when I was a tween (back before wheels were invented). Now a days those teen bopper magazines have been replaced with tween books like the ones featured below. Two I can see why tweens love one and one I'm, um, well not so sure about, and I think that has to do with my not being a fan of him. 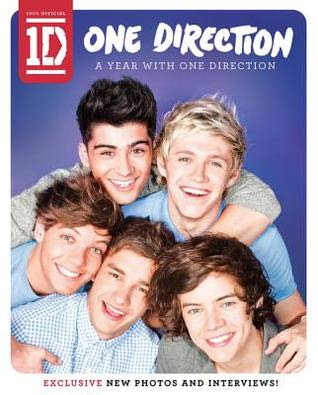 By: One Direction
Published by: Harper Collins
Released on: August 1st, 2012
Source: book from publisher to review
4 Stars: We Enjoyed It
Purchase from: Amazon | Barnes & Noble
Add it to Goodreads

One Direction are the biggest band on the planet. Celebrate their story with this official guide crammed full of exclusive interviews and never-seen-before photos. 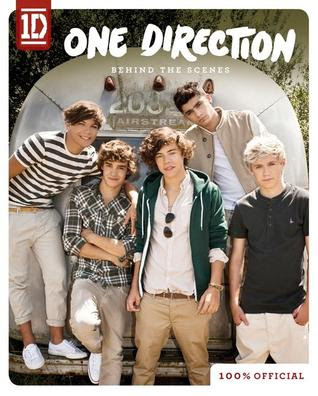 By: One Direction
Published by: Harper Collins
Released on: October 16th, 2012
Source: book from publisher to review
4 Stars: We Enjoyed It
Purchase from: Amazon | Barnes & Noble
Add it to Goodreads

Go behind the scenes with One Direction in this scrapbook, filled with never-before-seen pictures!Packed with tell-all interviews, behind-the-scenes information, and fantastic full-color photographs, the first One Direction Scrapbook tells the story of the boys just starting out on the road to fame. Get to know each of the boys, and the group as a whole, as they start on tour and get accustomed to rock-star life!One Direction is a British/Irish boy band who rose to fame after their appearance on the UK's The X Factor. Together Zayn, Niall, Liam, Harry, and Louis have been touring the globe and recording hit albums

ONE DIRECTION. I'll admit, I didn't give much attention to them until I received the books in the mail from Harper Collins. After reading through these two books, I can see why they have such a large following. They seem like genuinely nice, down to earth guys, who can also sing! Okay not to mention they're cute, and hail from the England & Ireland. Every young girls dream right? Yes, since reading through these books I have downloaded at least one of their songs off iTunes, and have listened to a few of their others ones. Before you judge them or me, their songs aren't bad at all.

These two books are definitely MUST HAVES for ONE DIRECTION fans. You get to know these 5 fab guys just a little bit more with their behind the scenes and a year with the band books. From exclusives pictures, interviews, Q&A, fan quizzes, fans get a peek into a day in the lives of these guys. Each books offer fans a personal glimpse into Harry, Liam, Zayn, Louis and Niall's life in the band, and what these guys like. If you're a fan of ONE DIRECTION, you'll definitely want to pick up these two books.