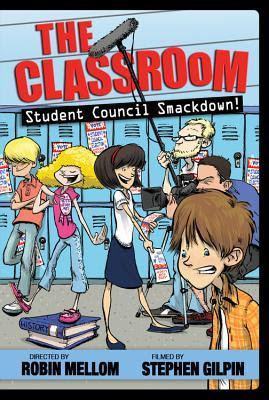 Hello! I'm thrilled to be introduce you guys to Robin Mellon's characters from her newest MG release, The Classroom: Student Council Smackdown. After you read more about Trevor, Cindy and Libby, see how you can enter to win a copy of their story. 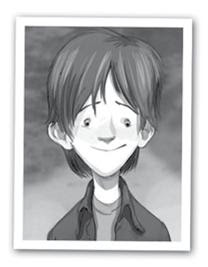 Here are some fun facts about Trevor:

* Able to put aside his normal worries about things such as peanut butter and mopped floors, Trevor mostly enjoys his new popular status!
* He owes his new-found level of popularity to The Orange Soda Incident of Several Days Ago (be careful who you ask about this)
* Year after year, Trevor has served as Libby Gardner's campaign manager (ask Libby about the Horrifying Incident of the Sixth Grade Student Council Campaign) 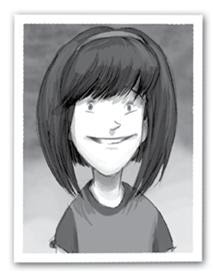 Here are some fun facts about Libby:

* Libby has competed with Cindy Applegate for Class President since Fourth Grade
* Libby based her entire sixth grade campaign on dry-erase markers (she lost to Cindy that year!)
* Libby eats ranch dressing when she is nervous 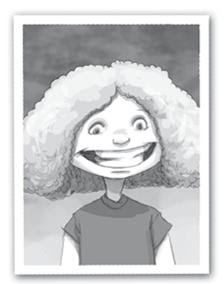 Here are some fun facts about Cindy:

Read all about how Travis ends up on the ballot for 7th Grade Class President, Libby’s quest to win the office, and Cindy’s fabulous Team Cindy! campaign headquarters (complete with a chandelier!) --- in The Classroom: Student Council Smackdown! by Robin Mellom, illustrated by Stephen Gilpin.

About The Classroom: Student Council Smackdown!

Libby Gardner and Cindy Applegate are smile-without-teeth friends, but they are fierce rivals when it comes to politics. Cindy owned the student council elections in fourth and sixth grades, while Libby came out on top in fifth. Now, they both hunger for the prestigious title of seventh grade class president.

But middle school elections have their own rules...and pressures. When Trevor Jones is forced to join the presidential race, he devises a plan to make sure his best friend Libby wins. That all changes when he discovers that Libby has oh-so-sneakily gone behind his back by hiring Molly Decker to be her campaign manager. Now, he's in it to win it. And things are going to get ugly.

Join Trevor, Libby, Cindy, and the whole Westside contingency (along with the documentary film crew) as they explore the ugly underbelly of middle school politics.

You can also find out more about Robin and her Classroom novels at RobinMellom.com. Click here to watch a trailer of the first novel, The Classroom: The Epic Documentary of a Not-Yet-Epic Kid. You can find Robin on Facebook and Twitter @robinmellom.

The Giveaway:
To enter to win a copy of Robin's newest release (out yesterday), leave me a comment and tell me who you'd vote for.
- US only
- Under 13 yrs of age is required to have a parent/guardian's permission before entering.
Posted by Mundie Moms at 7:10 AM Labels: Disney Hyperion, Guest Post, Mundie Kids Giveaway, Robin Mellom, The Classroom, The Classroom Student Council