The Hero's Guide To Being An Outlaw by Christopher Healy; Blog Tour: Character Introduction & Giveaway

Hello & Welcome to the next stop in Walden Pond Press's THE HEROES GUIDE to Being An Outlaw blog tour! Today I'm excited to introduce you to two of the book's characters, twins, Corin Silversword & Norin Black-Ax. First, here's a little bit about the book. 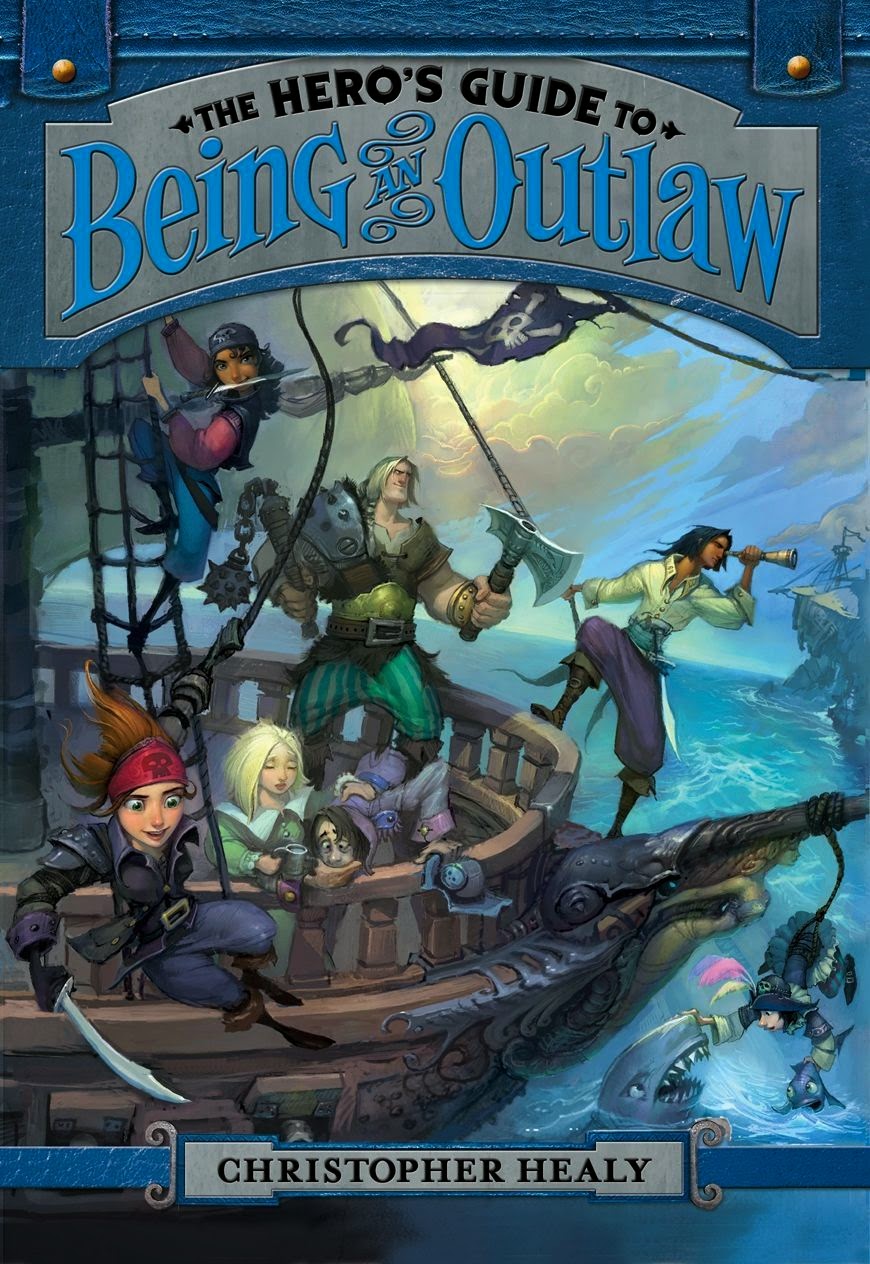 ABOUT THE HEROICS
Prince Liam. Prince Frederic. Prince Duncan. Prince Gustav. You think you know those guys pretty well by now, don’t you? Well, think again. The Princes Charming, along with Ella,
Snow, Rapunzel, and Princess Lila are caught and arrested for the murder of Briar Rose.
The heroes are simultaneously shocked and sad to hear of this news. But a series of
suspicious events leads them to believe that notonly is Briar still alive, but some unseen evil
is working its way into the throne rooms of all thirteen kingdoms. It’s up to the League to
break out of prison, find Briar, and uncover the nefarious plot before the entire country is
destroyed.

Check out the trailer:


9. Corin Silversword & Norin Black-Ax
Nickname: “Double Trouble”
Relationship: Twin brothers
Occupation: Bounty Hunters
Affiliation: Gang Greenfang
Kingdom of Origin: Sturmhagen
Current Residence: The Hostile Hostel, a boarding house for bounty
hunters in Blargsburg, Sturmhagen
Parents: Corinne and Norman Stiffenkrauss
Known Partners: Greenfang, Periwinkle Pete, Erik the Mauve,
Orangebeard
Longtime Rivals: Each other
Likes: Swords (Corin); axes (Norin); blackberry pie (both)
Dislikes: People who confuse them for one another; wimps; tofu
Signature Move: The Two-Man Tag-Team Bodyslam
Quote: “Stop copying me!” (can be attributed to either brother)
Little Known Fact: Norin was officially born first, but no one knows
for sure which twin is the original Norin and which the original Corin,
thanks to their father juggling them as newborns.
thanks to their father juggling them as newborns.
About The Author

Christopher Healy is the author of The Hero’s Guide to Saving Your Kingdom, which the
New York Times selected as one of its best books of the year, calling it “charming—a qurest
that recalls at moments the Musketeers and at others the Marxes”; as well as its sequel,
The Hero’s Guide to Storming the Castle, which Publishers Weekly hailed as
“uproariously funny” in a starred review.He is also a reviewer of children’s media.
Chris lives with his wife and two children in New Jersey.
You can find him online at www.christopherhealy.com

The Giveaway
Thank you to Walden Pond Press, 1 lucky winner will receive a SIGNED copy of the book. To enter, please fill out the form below.