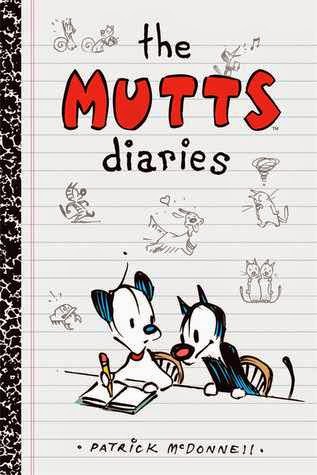 By: Patrick McDonnell
Published by: Amp! Comics for Kids (Simon Kids)
To Be Released on: 10/7/14
Ages: 8-12
Source: arc from publisher to review
Rating: 4.5 Owlets - I Really Enjoyed It
Pre-Order from: IndieBound | Amazon | B&N
Add it to GoodReads

The beloved characters in Mutts have a special appeal to kids. The warm humor and friendship between unlikely characters create a special blend. Earl is a small mutt with a big heart who cheerfully tugs at the leash on the walk of life. Earl is Mooch the cat's innocent friend, as well as a witness to Mooch's antics, and is sometimes a reluctant participant. Mooch has a fuzzy way of thinking and exclaiming "Yesh!" when really excited. Lively, animated, confident, and silly, Mooch is a smorgasbord of emotions who dances with enthusiasm and sings a lot. Mooch is the curious instigator of action, while the ever-loyal Earl often gets pulled into the fray.Created in 1994, Mutts appears in more than 700 newspapers and in 20 countries. McDonnell has received numerous awards for this strip, including the National Cartoonists Society's highest honor, The Reuben, for Cartoonist of the Year, six Harvey Awards for Best Comic Strip, Germany's Max and Moritz Award for Best International Comic Strip, and the Swedish Academy of Comic Art's Adamson Statuette. Mutts has also won awards for its environmental and animal advocacy, including two Genesis Awards from The Ark Trust, The HSUS Hollywood Genesis Award for Ongoing Commitment, the PETA Humanitarian Award, and a Sierra Club award.

This is one MG book/graphic novel worth picking up! I'm not usually a big graphic novel fan, but I really enjoyed this book.

I really enjoyed that this book is made up of the various characters's dairies. I'm torn on who I liked more, because each character was fun to read about, though I think Crabby is one that made me laugh the most. You know it's good when you end up picking up a book you received a day earlier, and are up at 1 am laughing hysterically at some of the comics on the pages. *Both images are ones I took with my iPhone while reading, and are from the arc, and not the published book* 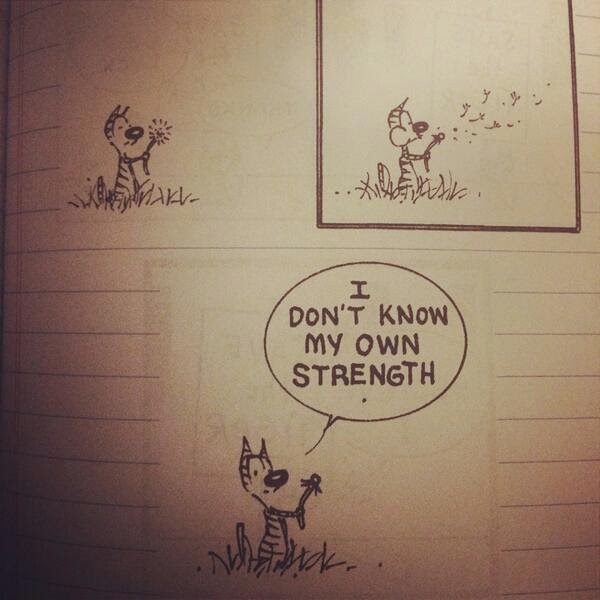 I'm normally not one who would rip a page out of book (actually I don't do that at all), but this is one book that I found myself tempted to take a few pages out of, so I could hang them up above my desk. The Mutts Diaries is a graphic novel/comic book that will delight readers of all ages. The humor is one that both 3rd graders and adults will enjoy. I like that McDonnell wrote his book in such a way that readers will get the humor on various levels. What kids will think is hysterical may not be what parents think is funny, and visa vera. Regardless, this is a clean cut book that is definitely worth picking up when it's out this October.