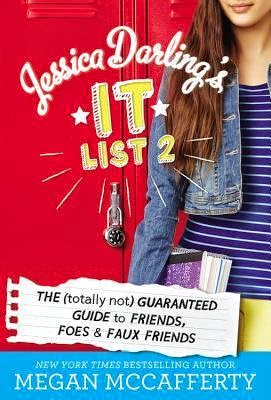 Inquiring minds wanted to know, what kind of advice author Megan McCafferty would give to those in Middle School. Here's what she said:

I started middle school with no friends.  I’m not exaggerating. No one from my elementary school was in my Honors classes. This wasn’t much of a loss because my sixth grade diary is filled with ALL CAPSY pronouncements such as:

NO ONE LIKES ME.
WHY IS EVERYONE SO MEAN?

I HAVE NO FRIENDS.

So I was kind of desperate start my own clique in seventh grade. And I went about my friendship recruitment all wrong. I tried WAY TOO HARD to appeal to TOO MANY PEOPLE. Being open-minded and approachable is one thing. Being needy and fake is something else entirely and it’s NOT GOOD.  I could write a book detailing the intricacies of making and breaking friendships--OH WAIT I TOTALLY DID. So read that. But here’s the recap: ONE TRUE FRIEND IS BETTER THAN A POSSE OF POSEURS.

My story has a happy ending. Eventually I fell into a superduperbestfriendship with a smart, funny, artistic girl in my Honors classes named T.J. And when we were together—a clique of two, talking about everything and nothing at all—I felt like the most popular girl in school. 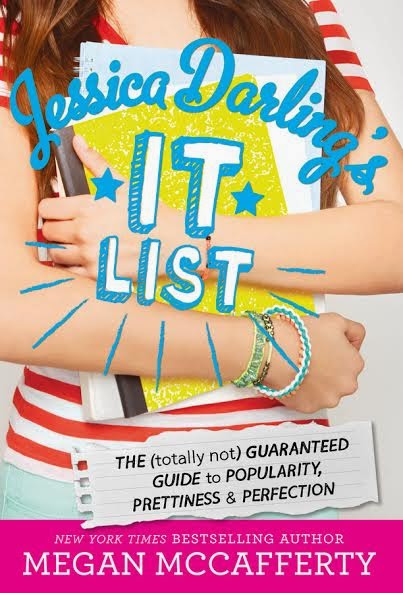 By: Megan McCafferty
Published by: Poppy
Released on: 9/3/13
Add it to Goodreads

Move over, Dork Diaries! Jessica Darling, star of Megan McCafferty's bestselling Jessica Darling series for adults, is back in a hilarious new series perfect for tween (10 to 14) girls.I hadn't even gotten to homeroom yet and I'd already discovered five hard truths about junior high:1. My best friend had turned pretty.2. She didn't know it yet.3. It wouldn't be long before she did.4. That knowledge would change everything between us.5. And there wasn't a thing I could do about it.It's the first day of seventh grade. Is Jessica Darling doomed for dorkdom?New York Times bestselling author Megan McCafferty's hilarious series opener will have you laughing, cringing, and cheering for Jessica Darling as she learns that being herself beats being popular, pretty & perfect any day.

By: Megan McCafferty
Published by: Poppy
To Be Released on: 9/23/14
Add it to Goodreads

Jessica Darling is getting the hang of seventh grade -- finally! While her old BFF, Bridget, is busy talking (nonstop) about her new boyfriend, Burke, Jessica tries to fit in with her new friends, Sara, Manda, and Hope. The IT List instructions from her sister, Bethany, and an epic slumber party may help Jessica secure her spot in the cool clique, but does she even want it?Megan McCafferty's It List series introduces readers to Jessica Darling, an unabashedly brainy seventh grader who stays true to herself, even if it means being (totally not) cool.