The Vanishing Island by Barry Wolverton; Waiting to Read Wednesday 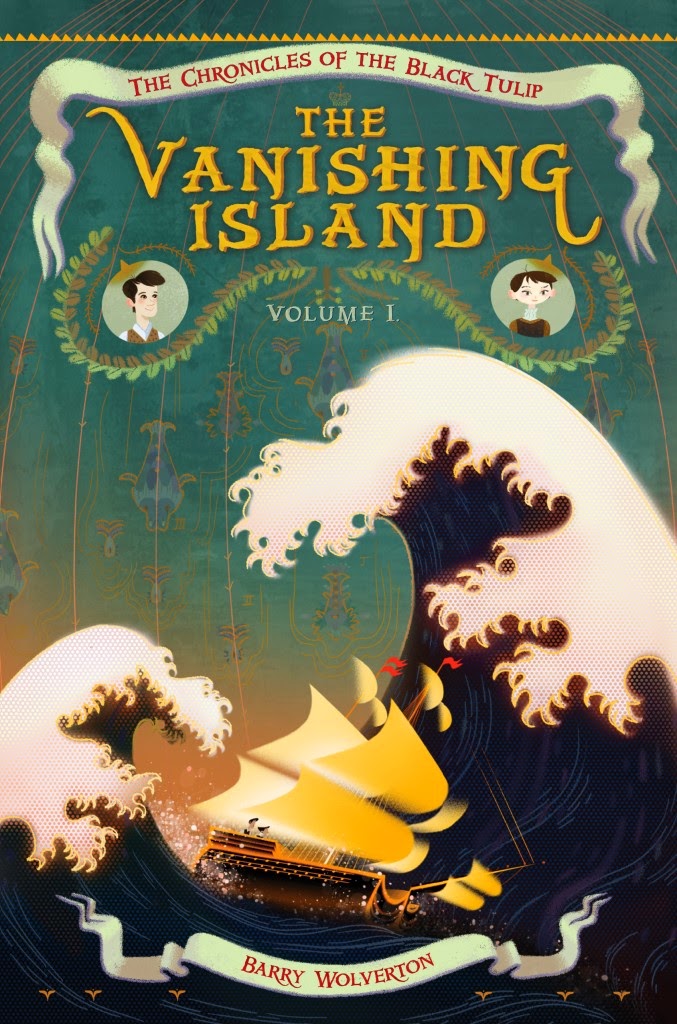 By: Barry Wolverton
Published by: Walden Pond Press
To Be Released on: 9/1/15
Series: The Chronicles of the Black Tulip
Ages: 8-12
Pre-Order from: Harper Collins | Amazon | B&N
Add it to Goodreads

An engrossing fantasy, a high-seas adventure, an alternate history epic—this is the richly imagined and gorgeously realized new book from acclaimed author Barry Wolverton, perfect for fans of John Stephens's the Books of Beginning series.
It's 1599, the Age of Discovery in Europe. But for Bren Owen, growing up in the small town of Map on the coast of Britannia has meant anything but adventure. Enticed by the tales sailors have brought through Map's port, and inspired by the arcane maps his father creates as a cartographer for the cruel and charismatic map mogul named Rand McNally, Bren is convinced that fame and fortune await him elsewhere.
That's when Bren meets a dying sailor, who gives him a strange gift that hides a hidden message. Cracking the code could lead Bren to a fabled lost treasure that could change his life forever, and that of his widowed father. Before long, Bren is in greater danger than he ever imagined and will need the help of an unusual friend named Mouse to survive.
In an attempt to feature upcoming children's books / middle grade books, I've decided to feature an upcoming release each week here on Mundie Kids. This week's Waiting To Read book is Barry Wolverton's The Vanishing Island.

Posted by Mundie Kids at 11:14 AM Labels: Barry Wolverton, The Chronicles of the Black Tulip, The Vanishing Island, Waiting On Wednesday, Walden Pond Press