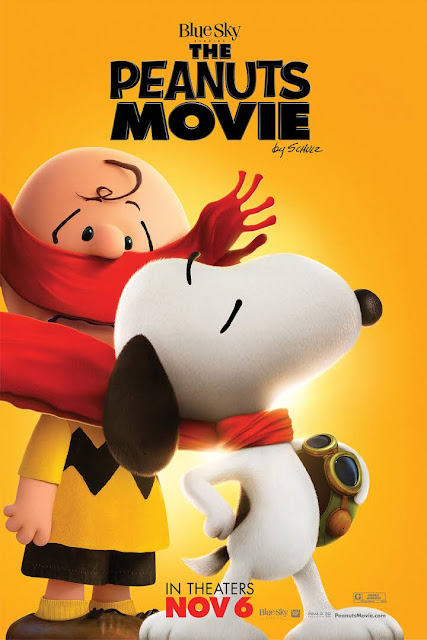 The Peanuts are back! The beloved gang is back and like you've never seen them before. Charlie Brown is on a mission to reinvent himself. While he works up the courage to talk to the new girl who moved in across the street, Snoopy takes to the skies to battle it out with his arch-nemesis The Red Baron. Both characters go on a whole new adventure that will have long time fans, and a whole new generation falling in love with these characters.

You'll be cheering for the underdog like you've cheered him on before, as he embarks on his most epic quest yet. The Peanuts Movies has that same classic Peanuts feel to it that I grew up with, and a little something more for a whole new generation of Peanuts fans. There's an ode to the Peanuts holiday movies, the music, the character interaction, the kite flying, the Red Baron, and more. There's a great mix of the classic with new elements. I loved that Charlie Brown is reinvented in a way that allows him to stay true to whom he's always been, and also makes him related to fans now days.

We LOVED this movie! It's a heart warming movie that will pull at your heart strings, and will have you wanting to re-watch all of the previous Peanuts movies. This movie is one that got two thumbs up from both my kids, and myself. This is a movie we'll definitely be owning when the DVD comes out.