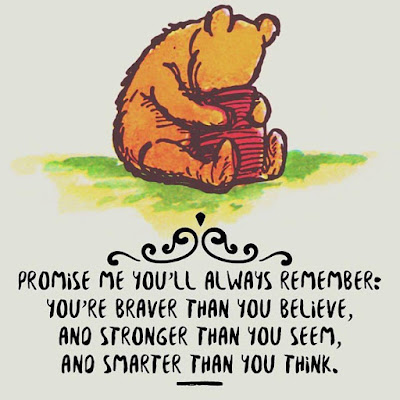 Happy Winnie The Pooh Day! Today also happens to be A.A. Milne's birthday! This beloved character is one I grew up loving, and one my daughter loves. I read Winnie the Pooh stories to my youngest sister when we were growing, and I've loved continuing that tradition with my daughter. I couldn't let the day end without posting a Happy Winnie The Pooh Day, even though it's belated, at being posted at the end of the day.

ABOUT National Winnie The Pooh Day

National Winnie the Pooh Day is observed annually on January 18th.  Author A.A. Milne brought the adorable, honey-loving bear to life in his stories which also featured his son, Christopher Robin.  National Winnie the Pooh Day commemorates Milne’s January 18, 1882 birthday.
Milne’s lovable Pooh Bear, as he was fondly called, is a fictional bear inspired by a black bear named Winnie who lived at the London Zoo during World War I. The author’s son, Christopher Robin, would visit the bear often and named his own teddy bear after her and a swan named Pooh.
This friendship inspired a collection of books starting with Winnie-the-Pooh in 1926. The books were illustrated by E.H. Shepard.
In the 1960s, Disney bought the rights to the Winnie-the-Pooh characters dropping the hyphen from Pooh’s name. The illustrations were a bit different, too.
Milne’s stories have been translated into over 50 languages and are considered classic children’s stories today. (Read more here).
To celebrate today's Winnie The Pooh Day, here are a few favorite quotes of mine, and images of Winnie the Pooh. 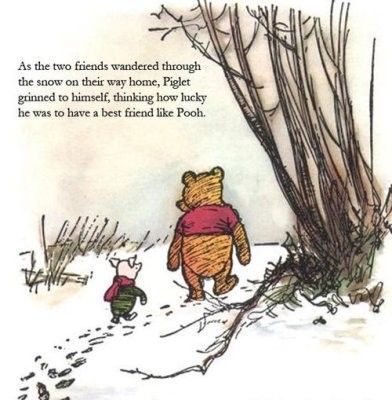 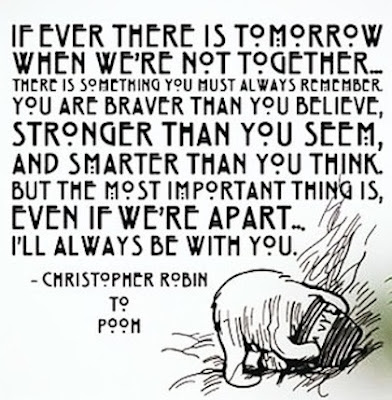 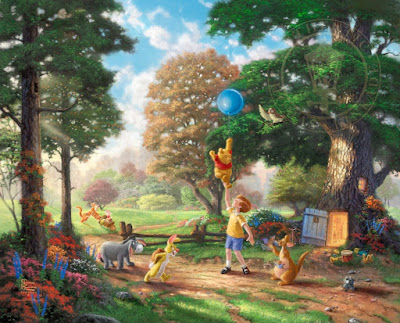 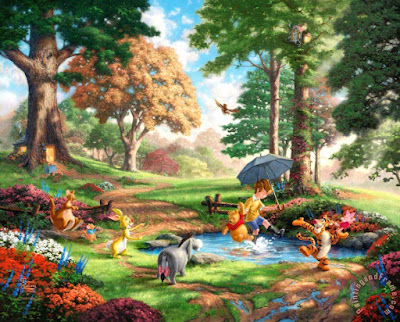 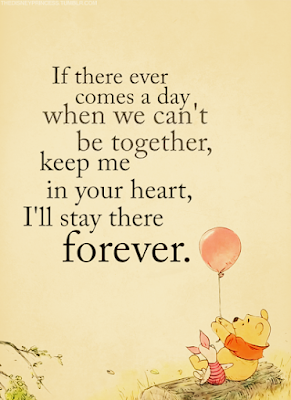 * All images property of Disney, A.A. Milne, unless other wise noted. 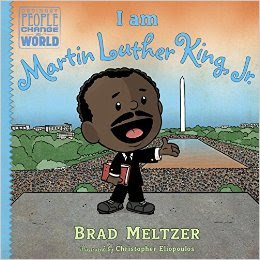 By: Brad Meltzer
Illustrated by: Christopher Eliopoulos
Published by: Dial Books for Young Readers #8
Released on: January 5th, 2016
Series: Ordinary People Change the World
Purchase from: Here | Amazon | B&N
Add it to Goodreads
Rating: 5 Owlets - We Loved It!
*Find out more about the book here

Even as a child, Martin Luther King, Jr. was shocked by the terrible and unfair way African-American people were treated. When he grew up, he decided to do something about it—peacefully, with powerful words. He helped gather people together for nonviolent protests and marches, and he always spoke up about loving other human beings and doing what’s right. He spoke about the dream of a kinder future, and bravely led the way toward racial equality in America.

Heroes come in all different shapes and sizes. They live in various places, and have over come a variety of different challenges. If we look closely, we can see they live all around us. Modern day heroes do exist. Sometimes the best heroes are the ones that make up our own modern day history.

"The time is always right to do right." - Martin Luther King, Jr.

Martin Luther King, Jr. is a hero I've always admired. His lessons on love, standing up for something you believe in, doing good, forgiving, and being immovable in your faith and convictions, is something that has always inspired me. He is proof that when we stand together, we can accomplish great things.

This book is a child sized history of Martin Luther King, Jr. It gives readers a look into the life of a young Martin Luther King, Jr, all the way through his adult years. Readers get to read about the experiences he had as a child growing up in a time of segregation, and how those experiences inspired him to want to make a change. Readers also learn about the events that shaped him into the man he became, and  the things he did to inspire change. He made a difference. He inspired change. His actions turned him into a modern day hero.

What I loved about how this book, is how it reads. Young Martin Luther King, Jr himself, is giving readers a brief history of his own life. The book reads as though he's telling the reader about his own life, and what inspired him. Written for children, and simply told, this is a book that's engaging, and very easy for readers to understand. It's one that will capture, and hold shortened attention spans, while teaching them a valuable history lesson.

Everyone can learn something from this amazing hero. I have done a lot of reading up on Martin Luther King, Jr. through the years, and I'm always inspired by this incredible leader, and modern day hero. I learned something from this book, and walked away feeling inspired to do better. To get up and keep going on, and to love those around me more. Something Martin Luther King, Jr, lived his entire life doing.

I'm so happy to see that Martin Luther King, Jr.'s story has been added to this amazing book series. Ordinary People Change the World is a fantastic series for young readers. It provides them with a look into the lives and examples of extraordinary people who have helped shaped our history, and who still stand out as heroes today.

This book is a must have for all classroom libraries, home libraries, and any school or public library!