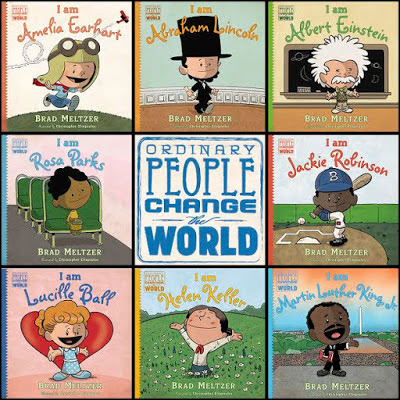 Ordinary People Change The World is a fantastic series for kids. Let me rephrase that, it's great for adults as well. I've enjoyed reading these books along side my children. I'm thrilled to have the chance to spotlight the entire series though out the month of February, here on Mundie Kids. Check out my reviews for other books in the  Ordinary People Change The World series, here. This is such a great series to pick up! You can't go wrong with reading any of these books. Today I'm thrilled to share my review for I AM JACKIE ROBINSON. What an inspirational person to read about. 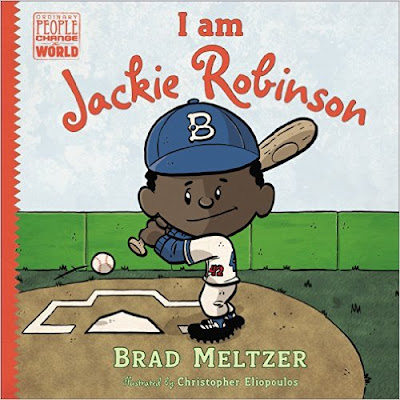 By: Brad Meltzer
Illustrated by: Christopher Eliopoulos
Published by: Dial Books for Young Readers
Released on: January 8th, 2015
Series: Ordinary People Change The World
Purchase from: The Author | The Publisher | Amazon | B&N
Add it to Goodreads
Rating: 5 Owlets - I Loved It
*I received this book from the publisher in exchange for my honest review

This New York Times Bestselling picture book biography series by Brad Meltzer has an inspiring message: We can all be heroes.

Jackie Robinson always loved sports, especially baseball. But he lived at a time before the Civil Rights Movement, when the rules weren't fair to African Americans. Even though Jackie was a great athlete, he wasn't allowed on the best teams just because of the color of his skin. Jackie knew that sports were best when everyone, of every color, played together. He became the first black player in Major League Baseball, and his bravery changed African-American history and led the way to equality in all sports in America.

This engaging series is the perfect way to bring American history to life for young children, providing them with the right role models, supplemementing Common Core learning in the classroom, and best of all, inspiring them to strive and dream.

Jackie Robinson was not only one of the best baseball players in history, he was an example and leader for change. He was also nice to others, even if others weren't nice to him. This important lesson was something his mother taught him at a very young age. Jackie was named Jackie Roosevelt Robinson. His mother gave him the middle name Roosevelt, after a brave man, named President Teddy Roosevelt. He was a man who fought to make sure black people were treated equally. Jackie wasn't always brave, but he never let fear hold him back. He grew up in a time when people were judged for their skin color, and weren't allowed to do things white people were allowed to do. That didn't stop Jackie from doing something he loved. Sports.

"Courage comes from being willing to be different."

Jackie loved sports. He was so good at sports that when he entered college, he was the 1st UCLA student to ever letter in 4 sports in the same season: baseball, football, basketball and track! He even won the NCAA title one year. At one time, only one other American could jump farther than Jackie. Even though Jackie was getting older, the same problems followed him. No matter how well he did at something, he was still judged by others for the color of his skin, and some people were mean to him because of his skin color. Jackie didn't let that stop him from his dream. At at time when Major League Baseball only allowed white players, and all the black players had to have their own league, things were about to change.

"For real change to come, you need to lead by example."

Branch Rickey, the President of the Brooklyn Dodgers sought out Jackie, and wanted him to play on his team. He warned Jackie that it wasn't going to be easy. He would be the first black man to play in the league, and the team. People weren't going to nice to him, nor were they. Jackie had bravery and courage. In his first game, he made history. Even though he was one of the best players and had a lot of people cheering him on, it still wasn't easy. Players were mean to him, but he didn't let that stop him of doing something he loved. He played no matter what, and didn't react back to those who were being mean to him.

"When others see our example, they'll want to stand with you. It's the only way the world ever gets changed: Together. "

Through Jackie's bravery and courage, the course of baseball was forever changed. He was an example of change. Though didn't happen over night, eventually the game of baseball of opened up to everyone to play. All it took was one person to be brave enough to take the first stand, but in this case, it took Jackie making that first baseball swing, for change to happen. Most importantly, Jackie Robinson was an example, and a leader. He proved that even though he was scared, he didn't let fear stop him from doing what he loved.

"A life is not important except in the impact it has on other lives." - Jackie Robinson

Jackie Robinson is an incredible example of not letting fear hold him back from accomplishing his dream. He's a great example of how we should treat others, even those who are mean to you. Most importantly, Jackie Robinson is someone who lived and played with respect to those around him. He is another amazing example of how an ordinary person can do extraordinary things. Like every book in this fabulous series, at the end of the story is a quote, along with pictures, and facts about this incredible person! This is another fantastic book to pick up and add to your personal, classroom or public library. 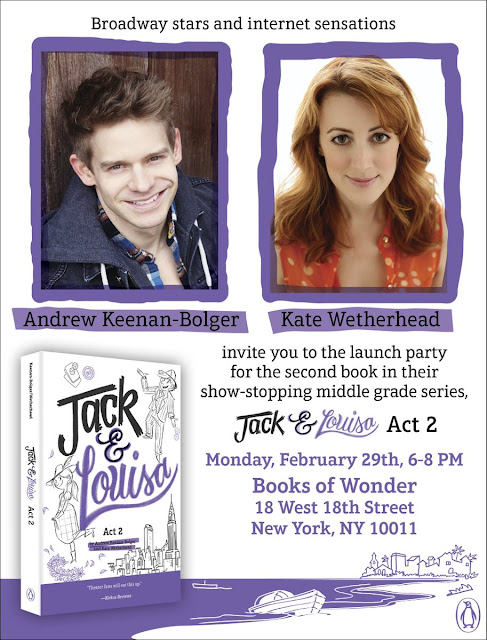 Co-Authors, Andrew Keenan-Bolger and Kate Wetherhead have recently released the second book in their Jack & Louisa series from Penguin Random House. While I have not yet read their books, I am planning on doing so soon! It sounds like a great series.


The Jack & Louisa series follows two 12-year-old friends from Shaker Heights, Ohio, who have a passion for musical theater, and in the second book, Jack & Louisa: Act 2, the title characters are hoping to get lead roles in the Shaker Heights Middle School production of Guys and Dolls. But a mysterious new director soon arrives to town and threatens to meddle with their dreams… 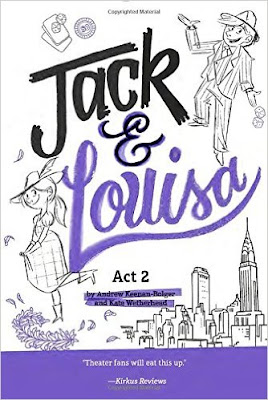 After a whirlwind trip to the musical theater capital of the world—New York City—best friends Jack and Louisa soon discover that their encore performances might be a bit closer to home than expected.Shaker Heights Middle School has announced a production of Guys and Dolls, a classic American musical and one of Jack and Lou's favorites. With Jack starring as Nathan and Louisa as Adelaide, the pair are certain they'll tear down the roof of their school's auditorium. But a mysterious new director soon arrives in town and threatens to meddle with Jack and Lou's dreams. Will Louisa make it through a Broadway-level dance call? Can Jack beat out his new competition? And is Shaker Heights big enough for two Broadway legends?

Don't miss their book launch happening on Monday, February 29 from 6:00PM-8:00PM at Books of Wonder, NYC.