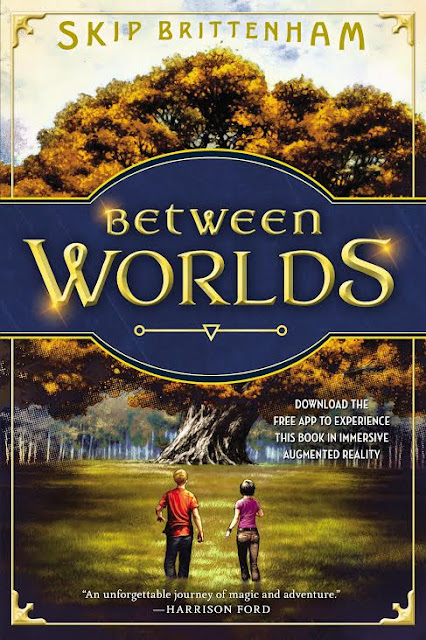 Yesterday there were some fabulous Kidlit and YA releases. Among them was BETWEEN WORLDS by Skip Brittenham. This new release and debut for Skip, is for perfect for fans of sci-fi and adventure! Targeted for ages 12 years & up, this is a book I wanted to feature on both Mundie Moms, and here on Mundie Kids, because of it's cross over appeal for both MG and YA readers.

Here'a a little bit about the book per Penguin Random House:

A fantastical world, terrifying monsters, breathtaking magic, and two determined and brave teenagers. Welcome to BETWEEN WORLDS, the debut of a new young adult science fiction/fantasy series by Skip Brittenham, the co-creator of Anomaly, the longest original full-color graphic novel ever published, which was praised in USA Today as “awe-inspiring” and “the kind of book you’d want on a desert island,” as well as Shifter, called “fast-paced and captivating” in the New York Times.

Thank you to Penguin Random House, we thrilled to share an exclusive interview they did with Skip, about Between Worlds. This interview is also shared here on Mundie Moms, which you can also read below:

A Conversation with Skip Brittenham per Penguin Random House 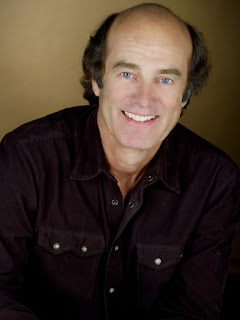 Q. Why did you write Between Worlds?

A: I’ve always had an interest in storytelling and have learned a lot through my work with clients reading and commenting on their movie scripts, but I’ve built my professional career on the business side of entertainment. Quite simply, my wife dared me to be creative, so I accepted her challenge. I’ve since created two graphic novels, Anomaly and Shifter, with my creative partner Brian Haberlin and am making my young adult fiction debut now with Between Worlds.

Q: Mayberry, the main character of Between Worlds, is a brave and resourceful girl who’s not afraid to be her own person—whether it’s how she looks or who she befriends. Who inspired this character?

A. I have three daughters who are all strong, active feminists. One is a lawyer, one a singer and teacher, and my youngest is a very independent and strong-willed teenager. The name Mayberry came from my oldest daughters’ childhood. When they were both very little, I’d tell them bedtime stories about a girl named Mayberry who embarked on all sorts of daring adventures. I’d end each story at a cliffhanger, and they’d clamor for more, but I’d make them wait until the next night to find out what happened next. In Between Worlds, Mayberry has purple streaks in her hair, wears maroon lipstick and jet black fingernails, and has a temporary tattoo under her eye. When my two older daughters read the novel, they were shocked, because they each had made their own decisions long ago about what Mayberry looked like, and my description of her didn’t match what they had envisioned.

Q: Is Between Worlds science fiction or fantasy? And is it written specifically for young adults?

A: My intent with this book was to try to create something new. Mayberry and Marshall travel magically through time and space to another planet, so Between Worlds is a genre mash-up. And while my two main characters are teenagers (and I have my teenage daughter to thank for helping get their dialogue right), I believe, or at least hope, that the adventure, suspense, and high stakes will have a universal appeal to readers of all ages.

Q: What can you tell us about the science in the novel?

A: I majored in electrical engineering in college, invest in tech startups, and have always been interested in advances in science and new technologies. All of the scientific detail, from the epifluorescence microscope to string theory, is factual. I did research on the quaking aspen tree in order to write about the aspen grove in the book. And it’s true that the most massive and maybe the oldest single organism on Earth is a quaking aspen colony that lives on the shores of Fish Lake in Central Utah. It covers more than a hundred and twenty-six acres and weighs more than thirteen million pounds.

Q: How does augmented reality (AR) you feature in the book enhance the storytelling experience?

A: We first used AR with Anomaly. For Anomaly, we created more than sixty interactive 3-D models that literally jump off the pages. AR is very user friendly—you just point your iOS or Android device at a page, and you’ll see an image come to life.  It will even react if you poke it with your finger. So with Between Worlds, I wanted to create the opportunity for people to actually see strange characters like the Slevvics, Monga, and Co-Co in another weird world as they read the story. All they have to do is download the free app at betweenworldsapp.com to get started on an experience that I think will enhance the reading of the book. Generation Z wants interactivity, so here it is!

Q: Why did you set the “real world” of the book in Eden Grove, Minnesota?

A: I picked a made-up, Middle America town where (theoretically at least) the teenagers that live there have customs and dress that contrast markedly with Mayberry’s.

Q: Between Worlds is the first in what you’re planning as a series. What can readers look forward to in future books?

A: The tree acts as a portal to the parallel world that Mayberry and Marshall visit, and it connects countless other worlds to ours. Readers can expect the two friends will have more adventures in other equally amazing universes.

BETWEEN WORLDS (Putnam: on-sale August 30, 2016; Ages 12+; $18.99; hardcover) combines good old-fashioned storytelling with cutting edge technology to offer the reader an enthralling multimedia experience. Paired with the novel is totally immersive Augmented Reality (AR) capability, which allows the characters to literally pop off the pages in interactive 3D. All thirteen illustrations in the novel are AR-enabled. The “magic” can be easily activated by downloading the free “Between Worlds AR” app from the Apple App Store or Google Play onto one’s mobile device. Interact with the characters by tapping on them to see what they do and read “Mayberry’s Diary,” which shares additional details not included in the novel and expands the universe for the reader.

In the book, Mayberry Hansen and Marshall Jackson are two best friends and fellow outsiders at their high school in Eden Grove, Minnesota. Misunderstood and restless, the teenagers wish for a lot of things, including being on another planet altogether. Somewhere with magic and adventure—someplace where they can be heroes. They’ve heard the legends about a magical Wishing Tree, and while on a hike through the forest, they actually find the ancient, magnificent aspen. The pair make their wish, fall asleep . . . and wake up on Nith, a mysterious and dangerous world that is exactly what they asked for—and then some. The alien landscape is stunningly beautiful, but it’s also full of dangerous and fantastic creatures. Creatures that are, almost without exception, hungry… Mayberry and Marshall soon learn two very important facts about their wish: first, that magic comes at a very steep cost, and second, that they can only be heroes if they survive. Their quest to get home will test the limits of their courage and strength . . . and change them in profound ways.

This is integration of the printed page and the latest technology like never before. For more information, visit betweenworldsapp.com.

Skip Brittenham is an entertainment lawyer who lives in Southern California with his wife and daughter, and has two older daughters as well. He’s an avid fly-fisherman and outdoorsman who has traveled to some of the remotest parts of the globe. He has written two graphic novels, Anomaly and Shifter. Between Worlds is Skip’s first young adult novel.