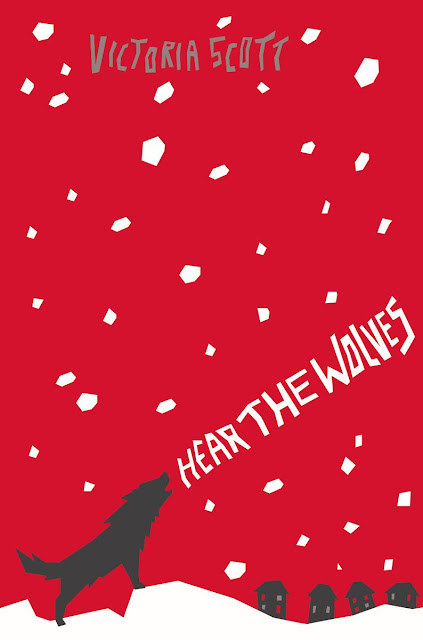 Victoria Scott's middle grade debut, HEAR THE WOLVES is out NOW! Today on Mundie Moms I had the chance to interview Victoria and wanted to share my interview with her here on Mundie Kids. At the end of the post I left my link to my blog tour post, where you can enter to win a copy of this book. It's so good!

By: Victoria Scott
Published by: Scholastic Press
Released on: March 28, 2017
Purchase from: Amazon, Barnes & Noble, iBooks
Add it to Goodreads

Sloan is a hunter.

So she shouldn’t be afraid of anything. But ever since her mom left the family and she lost hearing in one ear in a blizzard, it’s been hard to talk to people, and near-impossible to go anywhere or do anything without her dad or big sister within eyesight — it makes her too scared to be on her own.

When they leave her home alone for what should only be two nights, she’s already panicked. Then the snow starts falling and doesn’t stop. One of her neighbors is hurt in an accident. And the few people still left in Rusic need to make it to the river and the boat that’s tied there — their only way to get to a doctor from their isolated Alaska town.

But the woods are icy cold, and the wolves are hungry. Sloan and her group are running out of food, out of energy, and out of time. That’s when the wolves start hunting them . . . 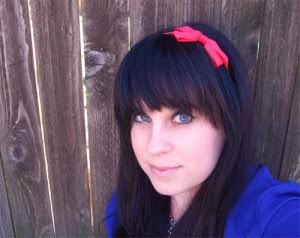 I absolutely love wolves. I am fascinated by the research you did on them and I'm also a little jealous you got to hang out with wolves. If there was one thing you could tell us that you learned about wolves, what would it be?
I’d tell you that though wolves have their own unique howl, that when they do it as a pack, they’ll hit the same frequency so that nearby packs think they are larger in number than they are, and won’t intrude on their territory. I thought that was so cool!

What came first with this story: the story, the setting or a character?
The wolves came first. A blizzard was about to hit the East Coast, and it was all over the news. I went to bed that night thinking about that blizzard, and what would happen if people couldn’t leave, and if wild animals still lived in close proximity like they do in Alaska. What would happen if the snow never let up? Or if people ran out of food and supplies? That night, I dreamed of wolves.

Character wise, which of your characters would you have entrusted if you found yourself in a similar situation as they were?
I’d choose the main character, Sloan, all the way! She’s extremely intuitive when it comes to surviving in the woods, and she’s an excellent shot.

Your world building always rocks! I always find myself easily picturing the world your stories are set in. I really loved this setting. I grew up exploring the outdoors. If have to ask, are you an outdoorsy person?
Not at all. But I grew up partly on my family’s ranch in Blanco, Texas. My dad kind of forced me to be outdoorsy when I was younger, and he taught me how to build a fire, how to find your way back to our cabin, and how to fire a rifle. That stuff comes in super helpful now that I live in one of the largest cities in the US. Ha!

I love that you have both YA and MG books. I hear MG is a little easier to write. Would you agree with that?
OMG, nooooooo! I would never, ever agree with that. Ha! This book was more difficult to edit than all my other books, combined. But I’m proud to have tackled both!

Do you have a favorite line you can share with us?
Sure! Here’s one from the opening page: “We should have known then, when that piece of news was shared neighbor-to-neighbor over black coffee and fried eggs, that we weren’t long for this frostbitten world.”

Will readers be able to catch you on tour or at any upcoming book festivals?
I’ll be signing copies of Hear the Wolves at TLA in San Antonio in April, and I can’t wait to be back in Texas. Hopefully I’ll see you there!


ABOUT THE AUTHOR
Victoria Scott is the author of eight novels including Titans, Fire & Flood, Salt & Stone, the Dante Walker trilogy, Hear the Wolves (March 2017), and Violet Grenade (May 2017). She is published by Scholastic and Entangled Teen, and is represented by Sara Crowe of Pippin Properties.
Victoria’s latest novel, Titans, received two starred reviews, and Fire & Flood has been selected as a 2017 Spirit of Texas Reading Program book. Victoria’s novels have been bought and translated in fourteen foreign markets. The author currently resides in Philadelphia, and loves hearing from her readers.

Don't miss my blog tour stop for HEAR THE WOLVES today on Mundie Moms! There's a giveaway you'll definitely want to check out. Head over to HERE to enter to win!