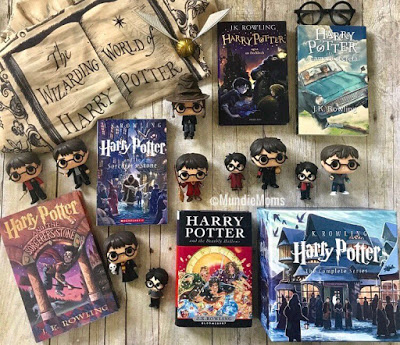 It was 20 years ago today J.K. Rowling gave us our first look into the unforgettable world Harry Potter. She introduced us to a character who reminded us that having of courage, love & friendship can get you through anything & that magic really does exist. Thank you J.K. for sharing Harry Potter with the rest of us.
Posted by Mundie Kids at 3:41 PM Labels: Harry Potter, J.K. Rowling

Welcome to the first stop in the SERAFINA and the SPLINTERED HEART blog tour, hosted by Disney Hyperion. I'm so thrilled to be kicking off the tour with a review for Robert's upcoming release. This is the third and final book in Serafina's story, but thankfully it won't be the last we'll hear about her. When you read Robert's note at the end of this book you'll know why I said that. Before I share my review, here's a little bit about the book. 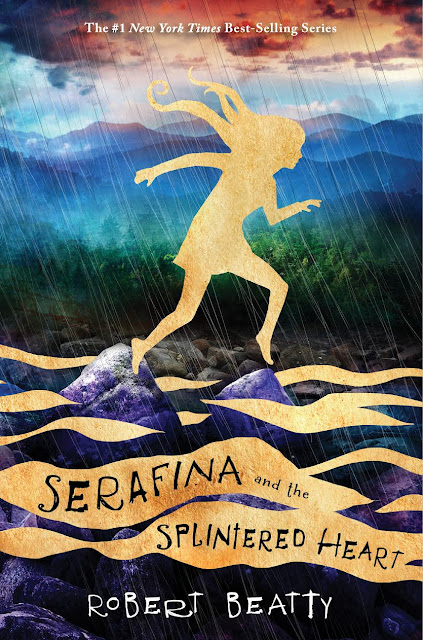 By: Robert Beatty
Published by: Disney Hyperion
To Be Released on: July 4th, 2017
Series: Serfina #3
Ages: 8 - 12
Purchase from: Amazon | B&N
Add it to Goodreads
Rating: 4 Owlets
A copy of this book was provided by the publisher in exchange for my honest review

Something has happened to Serafina. She has awoken into darkness, scarred from a terrible battle, only to find that life at her home, the historic Biltmore Estate, has changed in unimaginable ways. Old friends do unthinkable things and enemies are all around. A mysterious threat moves towards Biltmore, bringing with it violent storms and flooding that stands to uproot everything in its path. Serafina must uncover the truth about what has happened to her, and find a way to harness her strange new powers before it's too late.

Accessible storytelling with heart, Beatty's writing grabs the reader immediately, and the high stakes and gripping mystery will keep them hooked. With an instantly loveable heroine, Serafina’s courage, pluck, and quirk—as well as her longing for friendship—make her impossible not to root for.

With a frightening premise and lurking danger reminiscent of Coraline and A Tale Dark and Grimm, SERAFINA AND THE SPLINTERED HEART is just dark and scary enough to keep readers on the edge of their seats and is filled with history, mystery, and magic.

A thrilling conclusion to an epic historical fantasy series! Serafina and the Splintered Heart is the perfect ending to a series that's brimming with adventure, unforgettable characters, magic, and friendship.

It's a little bitter sweet having to say good bye to characters you've come to love. I feel like for now, Serafina and her friends's stories have come full circle. I've enjoyed watching how they've grown, what they've discovered, learned about themselves, and the characters they've come by the end of this book.

Serafina is an unforgettable, lovable heroine you can't help up root for. Her journey hasn't been easy, and this time around her struggles are ones that pulled at my heartstrings. I loved seeing how her perspective on things, and people, including those she once thought was an enemy, change as she grows and begins to understand more around her, and what she's meant to be, and do. Most importantly, she understands the importance of friendship, and all being a friend encompasses, as she fights to protect those she loves.

Like Serafina, Braeden comes full circle, as a character in this book as well. I really enjoyed that little twist where for a moment I doubted him. It's been fun watching these two characters learn to rely on, and truly trust each other. The lengths they go to, to keep their word, and protect each other is heroic. It's also what true friends do. I've always liked the friendship between Serafina, Waysa, and Braeden. I'm hoping we get more of Waysa's story. I never thought I'd say this, but I also liked the role Rowena plays in this book. It's completely unexpected, and such a welcome surprise.

I love the outdoor setting, and how the role it played in Serafina's world. It was simply magical. Beatty has created a world that effortless came to life. It is just as crucial to Serafina's story, as were the characters. In fact, the setting itself often times felt like a like a character itself, and has been just as mesmerizing as the characters.

What an fantastic ending! This is a series I would have devoured as a kid. I've always loved the fantasy element of stories, mixed with historical references, magic, adventure and friendship. This series has all that and so much more. While we have to say good bye to Serafina and Braeden for now, I'm looking forward to seeing more of them in the next adventures that take place in the Blue Ridge Mountains. 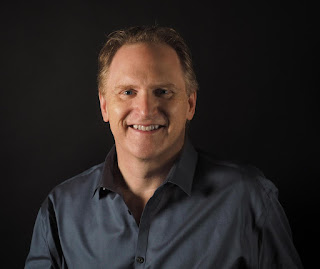 ROBERT BEATTY lives in the mountains of Asheville, North Carolina, with his wife and three daughters. He writes full-time now, but in his past lives he was one of the pioneers of cloud computing, the founder/CEO of Plex Systems, the co-founder of Beatty Robotics, and the CTO and chairman of Narrative magazine. Visit him online at www.robert-beatty.com and on Twitter @BeattyAuthor.