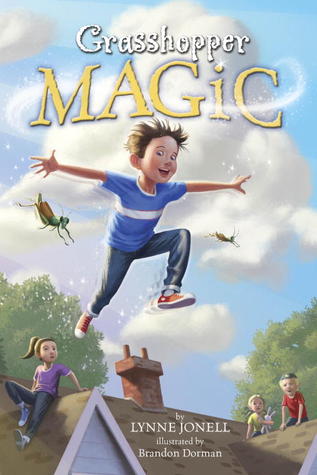 By: Lynne Jonell
Illustrated by: Brandon Dorman
Published by: Random House
Released on: May 28th, 2014
Series: Magical Mix Ups #3
Ages: 7 & up
Add it to Goodreads
A copy of this book was provided by the publisher in exchange for my honest review

Chicken? Abner is not a chicken, no matter what his brother Derek says. But when it comes to giving a speech in front of the whole town, Abner is . . . well . . . he's more than a little nervous.   Then his sister Tate has an idea--bravery lessons. And the first one? Eat a roasted grasshopper. But Abner forgot something important. There's magic in the ground under his family's house and grasshoppers hatch from eggs laid in the ground. So what, exactly, would happen if a kid ate a grasshopper that had been soaking up magic all year long? BOING! 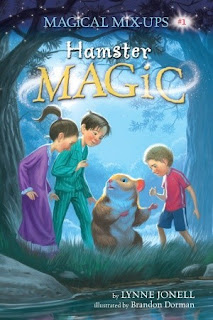 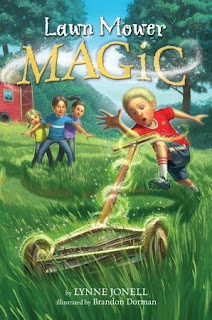 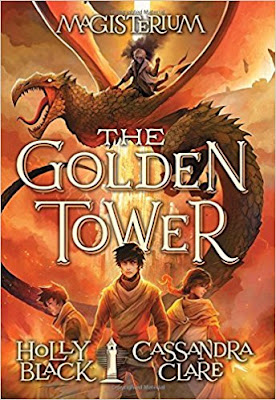 Who is a fan of THE MAGISTERIUM series by Cassandra Clare & Holly Black? Their 5th book in the series, THE GOLDEN TOWER, will be out on September 11th, 2018! Recently Cassie shared an excerpt for the book in her most recent newsletter. You can read the exclusive excerpt below:


You can pre-order your copy here. Don't miss an exciting release day event featuring Cassie, Holly Black and a few of their friends. Here's what Cassie shared is happening:

Holly Black and I will be celebrating the release of the last Magisterium book, The Golden Tower, on September 11th at 7pm. This epic group event will feature David Levithan and Scott Westerfeld as well as me and Holly. The celebration will be hosted by Odyssey Books in South Hadley, MA. Exact location is TBD—contact the store for details.
Posted by Mundie Moms at 6:49 AM Labels: Cassandra Clare, Holly Black, The Golden Tower, The Magisterium Series