Fresh from the Mail Box

Fresh from the Scholastic Box and waiting to be read: 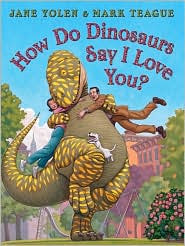 I'll be posting reviews shortly, as my kids are patiently waiting to have these read to them.
Posted by Katie at 3:43 PM Labels: Book Review, In My Mailbox, Scholastic

I received these wonderful Children's books from Scholastic a few weeks ago. My kids and I have really enjoyed reading them.

Why is "hero" is a word so often reserved for warriors who fight with guns and weapons to defend their people? Renowed picture book biographer Jonah Winter writes of another kind of hero, a peaceful hero, who is willing to die for a cause, but never to kill for a cause. From the ultimate hero, Jesus of Nazareth, to the ordinary man who saved Rwanda, Paul Rusesabagina, Jonah Winter brings children a series of remarkable stories about the bravest people history has known. The searing text is illustrated with moving portraits from a brand new talent, Sean Addy

This is a great book that takes some of the most influential people in the world and gives a short story on them and what they've done to better the world. This spans centuries and tells us about 14 heroes starting with Jesus Christ and talks about other heroes like Gandhi, Martin Luther King Jr, William Feehan, and so on.

The book is written in a very non religious way. It's just stating the facts on what these wonderful people to better the world and the people who lived when they did and all of us now. I'll be the first to admit that I'm glad I read this book, as they are some awesome heroes that I hadn't even heard about before and I'm embarrassed to admit that, especially after learning about what they've done.
5 stars

When Lucy Pennykettle believes that there's a monster in her bedroom, her mom knows just what to do. She makes her a guard dragon named Gruffen. Lucy's mom is great at making clay dragons, which adorn their house and are sold to buyers. Gruffen isn't just a clay dragon, he's more than that. Gruffen is a guardian dragon and his most important duty is protecting Lucy at night from the monster in her room. He was made with a special ingredient, ice that has a touch of magic. Gruffen is a real little dragon. Soon enough he finds out what the monster in Lucy's room is and it's not really a monster after all.

This is such a cute story, that my son loved it. It's a perfect book for those that are just learning to read. This is one in a series of books.
5 stars

This book came a couple weeks ago and it came at the perfect time as for preschool that week we were talking about the change in seasons. My preschoolers in my class LOVED it!!

The story follows Pip, a young squirrel as he wakes up one morning to find that his tree is changing and he doesn't understand why. We wants it to stay how it is. He hurries about picking up all the beautiful colored leaves that keep falling and tries to put them back in the tree only to have more fall again. It's not until his mama explains to him that trees lose their leaves each fall and get them back again in the spring is he reassured. 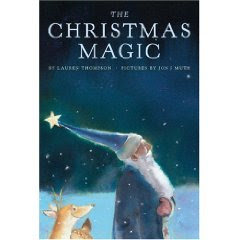 Far, far North, when the nights are longest and the stars shine brightest, Santa begins to prepare for his big night of giving. He gathers his reindeer, feeds them parsnips and berries, and polishes his bells and his sled. Then lovingly, he chooses toys for every child in the world. For Santa loves them all, and he knows what each child at heart wants most. Then, with the thrum of magic that makes reindeers fly, he spreads the Christmas joy and warmth throughout the world--as he always has -- and always will until the end of time.
Lauren Thompson is known for her uncanny ability to reach the hearts and minds of the youngest readers.
Jon J Muth's luminescent watercolor strike all the perfect chords in this warm, reassuring Christmas story.

This book is such a delight and I'm sure one that will be treasured for years to come. It has beautiful illustrations as the book takes us on a journey of how Santa Claus goes about getting ready for Christmas. He starts to prepare on a chilly northern night when he feels the magic of Christmas will be arriving soon. He calls the reindeer home and gets them ready. He prepares his big, red sleigh, and double checks the names in his name book. He gathers the toys and loads in them in the sleigh. On the brightly star lit night, when the sleigh is prepared, the reindeer ready and Santa is in his sleigh the magic arrives. The magic is what helps Santa and the reindeer fly and off they go.

You find out more and add your reviews here:
http://mundiemoms.freeforums.org/scholastic-books-f78.html
Posted by Mundie Moms at 2:26 PM Labels: Book Review, In My Mailbox, Leaf Trouble, Peaceful Heros, Scholastic, The Christmas Magic, The Dragons of Wayward Crescent

1 comment:
Email ThisBlogThis!Share to TwitterShare to FacebookShare to Pinterest
Newer Posts Home
Subscribe to: Posts (Atom)
I would be most content if my children grew up to be the kind of people who think decorating consists mostly of building enough bookshelves. ~ Anna Quindlen
Good children's literature appeals not only to
the child in the adult, but to the adult in the child.
~ Anonymous ~