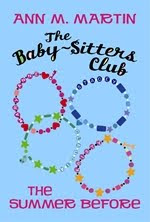 To Be Released April 1, 2010
Published by Scholastic
5 Stars
Before there was the Baby-Sitters Club, there were four girls named Kristy Thomas, Mary Anne Spier, Claudia Kishi, and Stacey McGill. As they start the summer before seventh grade (also before they start the BSC), each of them is on the cusp of a big change. Kristy is still hung up on hoping that her father will return to her family. Mary Anne has to prove to her father that she's no longer a little girl who needs hundreds of rules. Claudia is navigating her first major crush on a boy. And Stacey is leaving her entire New York City life behind in order to find new friends in Stoneybrook, Connecticut.

Separately, it's a lot to deal with. But together, these friends will find a way to make it through-with plenty of laughter, tears, and surprises along the way.

Whether you are a fan of the original Baby Sitters Club series or if this is your first visit to Stoneybrook, The Summer Before is a sweet, moving novel about four girls on the edge of something big-not just the club that will change their lives, but also the joys, and tribulations about being a girl. (taken from cover)

Being a huge fan of the original Baby Sitters Club, I gave this book 5 stars, as Ann did a wonderful job at keeping the integrity of the characters and being true to their voices. I feel that author sometimes tend to forget their true characters when they add a book to their popular series, but this wasn't the case at all. Ann did an excellent job with this upcoming release. I think this book is a must have addition to the ever popular series. It brought back some feelings I had when I first read about Mary Ann, Kristy, Claudia and Stacey. I think fans of the original series and new fans alike will love this book.
We get to see what they girls went through the summer before the club was started. I think Ann captured all the right emotions and things we go through as we're growing up. The summer between the girls 6th grade going on to 7th grade year was a tough one for them. There are joys and sorrows. We get to see what each girl is dealing with and how.
Kristy is dealing with her dad not coming back and her mother dating Watson. Claudia deals with the struggles of growing up faster than her close friends Mary Ann and Kristy and their relationship this summer is strained, as she spends time with her first boyfriend and deals with her first heartache. Mary Ann is struggling with the fact that her over protective dad isn't allowing her to grow up and be the more responsible young lady she's becoming. While I really loved reading more about the girls, I really liked learning more about Stacey. While many people would have been devastated to leave New York, Stacey wanted nothing more than to get a fresh start, which would be in Stoneybrook, CT.
Be sure to pick up this must have for any BSC fan new and old alike!
Be sure to let Scholastic know who your favorite babysitter club member is and enter to win a chance to meet Ann Martin. http://onourmindsatscholastic.blogspot.com/2010/03/my-excitement-cannot-be-contained-in.html
Posted by Mundie Moms at 3:24 PM Labels: Ann M Martin, Book Review, Scholastic, The Baby-Sitters Club

Today on our Mundie Moms blog, we are featuring a wonderful program that gives children a chance at their dreams, and that's by giving them books and helping them read.
This is something that is near and dear to our hearts! It's something we feel very strongly about, and that's helping empower children with reading and books. Reading Fundamental does just that. Here's what they do:
Reading Is Fundamental, Inc. prepares and motivates children to read by delivering free books and literacy resources to those children and families who need them most.

Founded in 1966, RIF is the oldest and largest children's and family nonprofit literacy organization in the United States. RIF's highest priority is reaching underserved children from birth to age 8. Through community volunteers in every state and U.S. territory, RIF provided 4.4 million children with 15 million new, free books and literacy resources last year.

RIF's accomplishments are due in part to the generous support of the U.S. Department of Education, corporations, foundations, community organizations, and thousands of individuals.

Right now RIF is in of need of help. One way we can help, is now through May, American Express will donate $200,000 to the charity with most votes. To vote for RIF, please go herehttp://www.takepart.com/node/54085. You'll also find more information about RIF like- Reading Is Fundamental (RIF), the nation’s largest children’s literacy nonprofit, inspires all children to be lifelong readers through the power of choice. RIF provides new books for children to choose and make their own. Since its founding, RIF has provided more than 366 million books and countless hours of reading motivation to children most in need. Yet so many children still do not have books of their own—61% of low-income families with children in the U.S. have no books at home.

Through a network of more than 400,000 volunteers, RIF programs reach children in every state in a variety of settings including schools, community centers, homeless shelters, and hospitals. Access to books ignites children’s hunger for knowledge and a passion for learning. Research shows that children who have more access to books not only perform better academically, but also become productive individuals whose contributions help create strong communities.

RIF offers help to parents, teachers and coordinators on their site here http://www.rif.org/. They also have links for ways we can get involved, donate and support our local RIFs. Helping teach a child to read changes their futures and opens up so many horizons for them. You can also find this information on our Children's Book Review Blog http://mundiemoms.blogspot.com

Posted by Mundie Moms at 8:51 AM Labels: Mundie Moms, Reading Is Fundamental 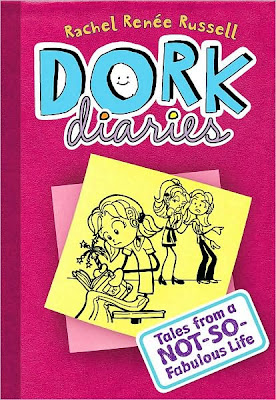 New school.
New mean girl.
New crush.
New diary so Nikki can
spill about ALL OF IT…

Dork Diaries follows eighth grader Nikki Maxwell, who chronicles through text and sketches her move to a snooty new school; her epic battle with her mom for an iPhone; her enthusiasm for drawing & art; and a love/hate facination with the new school's queen bee, a girl named Mackenzie who becomes Nikki's rival in a school-wide art competition.
Nikki J. Maxwell is your typical Middle School Girl. She's dealing with all the issues you'd expect -- a mean girl rival, parents that are, you know, embarrassing and a crush on a cute boy. That's a lot, isn't it??


I have to admit that I was pleasantly surprised by how much I loved the format of this book. Just like Diary of a Wimpy Kid, the pages are filled with sketches and an easy-to-read, hand-written font. Nikki's voice is funny and at times her mishaps are so touching that you find yourself wishing you could help her out of all those socially awkward moments associated with that particular grade.


Although my First Grade daughter was a little young to truly grasp some of the themes in the book, she did understand the concept of the main theme -- the importance of family and truly good friends. We both laughed our way through the book and are anxiously awaiting the sequel, DORK Diaries: Tales From A Not So Popular Party Girl which will be released on June 8th.

Posted by Sophie at 12:48 PM Labels: Aladdin, DORK Diaries, Rachel Renee Russell, Simon and Schuster, Tales From a Not So Fabulous Life 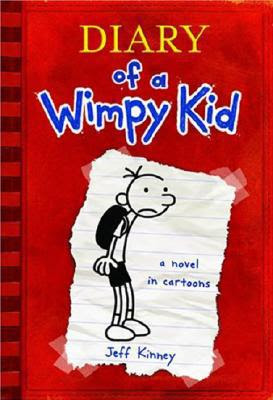 Harper Collins is hosting an AWESOME Adventure in reading for some of their amazing middle school grade books. Come join the adventures! The authors and books featured are:
*Comic by Frank Cottrell Boyce

* A Conspiracy of Kings by Megan Whelan Turner

* The Shadow Project by Herbie Brennan

*The Incorrigible Children of Ashton Place by Maryrose Wood

*The Hidden Boy by Jon Berkeley