We want to take a moment to WELCOME our newest Mundie Kids book reviews-Kathy and Aly. We're so thrilled that they will be sharing their amazing reviews and love of reading with us.
Thank you Kathy and Aly!
Posted by Mundie Moms at 3:06 PM Labels: Mundie Kids 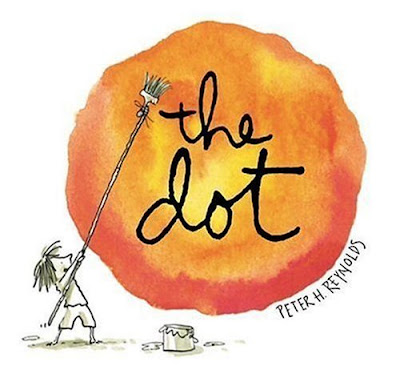 With a simple, witty story and free-spirited illustrations, Peter H. Reynolds entices even the stubbornly uncreative among us to make a mark - and follow where it takes us.

Her teacher smiled. "Just make a mark and see where it takes you."

Art class is over, but Vashti is sitting glued to her chair in front of a blank piece of paper. The words of her teacher are a gentle invitation to express herself. But Vashti can’t draw - she’s no artist. To prove her point, Vashti jabs at a blank sheet of paper to make an unremarkable and angry mark. "There!" she says.

That one little dot marks the beginning of Vashti’s journey of surprise and self-discovery. That special moment is the core of Peter H. Reynolds’s delicate fable about the creative spirit in all of us.


What a delightful treasure this book is. Simple cartoon like drawing fill the pages of this book. As someone who struggles with creativity and artistic endeavors I found this children's picture book inspiring. Perfect for an art class, an insecure child or a child struggling in any area of their life. Within the few pages of this book we see Vashti transformed from a discouraged student to budding artist by the simple act of an inspired teacher. Eventually Vashti's success allows her to motivate another child to create his own art.

Next time I walk into my office to find it strewn with art supplies I'd do well to remember this book and encourage my children's artistic endeavors instead of being frustrated that once again my floor is littered with scraps of papers, crayons and glue.
Posted by Kathy Habel at 1:48 PM Labels: Book Review, Candlewick Press, Peter Reynolds, The Dot 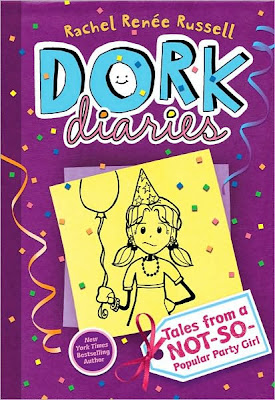 Synopsis (from Simon and Schuster):

Settled in at her new school and flanked by awesome friends Chloe and Zoey, life is looking up for Nikki Maxwell, especially since her crush, Brandon, asked her to be his lab partner—a seriously awesome development. However, when Nikki overhears mean girl Mackenzie bragging that Brandon's taking her to the Halloween dance, a bummed Nikki signs on to spend Halloween at a kids' party with her little sister, Brianna, instead. After she finds out Mackenzie was lying and her dream of going to the party with Brandon could be a reality, Nikki has two events to juggle . . . plus plenty of other entertaining trials and tribulations along the way!

What a wonderful follow up to the first DORK Diaries book (our review of the first book). The diary and illustration format remains the same but the storyline gets even better. In the second installment, all of the characters are back - Nikki and her friends, Chloe and Zoey, Nikki's crush Brandon and oh, yes, even the antagonist, MacKenzie.

My daughter and I loved reading through the mess Nikki finds herself in once she discovers that she's over-booked herself for multiple events and that well, let's face it, one of them includes Brandon. It's such a relatable plot line for most tweens and Nikki's voice is so genuine. She is that talented, funny and slightly awkward girl that most of us remember from our own Middle School years. I especially loved reading her "self talk" voice, you know the one that says what she's really thinking only not outloud.

Rachel has penned a book that both mothers and daughters can enjoy. For me it was a stroll down memory lane of the uncomfortable situations and social pitfalls of Middle School. For my daughter, it's served as a place holder for the experiences she's yet to come across.

Both of us are looking forward to Renee's next installment of DORK Diaries. If you haven't picked up these books yet, please do. I know you and your tween will enjoy them as much as my daughter and I did.
Posted by Sophie at 12:16 PM Labels: Book Review, DORK Diaries, Rachel Renee Russell, Simon and Schuster, Tales from a Not-So-Popular Party Girl 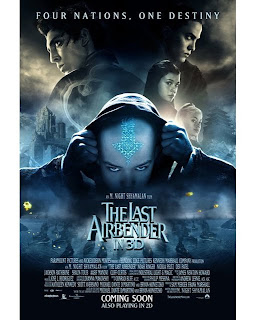 With this being such a beloved book series, and a cartoon series, I wanted to review the movie. I posted my review on Mundie Moms, and wanted to post one on here too. I know there's been a lot of bad reviews about it lately, but I liked it. 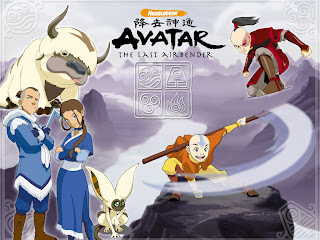 We're huge fans of the animated Avatar, The Last Airbender series in our household. I was looking forward to seeing how it was brought to life on the big screen.
Let me just say that no series, whether animated or in book form is ever perfectly brought to life on the big screen. Having said that, I think the movie was good. Yes, they changed a few things around, but what I saw, I liked. I think the actors did a great job. I liked that key scenes were kept in the movie, and I really liked seeing the action scenes.
The fight scenes were true to the animated series form, the CGI was good, and I really liked that he kept all the characters. The only compliant I have is that they pronounced two names wrong. I know there's been some bad reviews in how M Night Shyamalan made the movie, but I thought he did a good job and I'm looking forward to seeing the other two movies. I liked that the creators of the show were also the executive producers of the movie.
I give it 4 out of 5 stars, because there is so much that he would have had to pack into the movie to make it 5 stars. It would have been impossible and it wouldn't have done the series justice by making it a three hour movie. I think it was smart breaking the movies up, similar to how each of the books are.
I think this is a movie that the whole family could see, especially for ages 8 and up.
Posted by Mundie Moms at 10:11 AM Labels: Avatar The Last Airbender, Movie Review