Book Review-Out Of The Woods 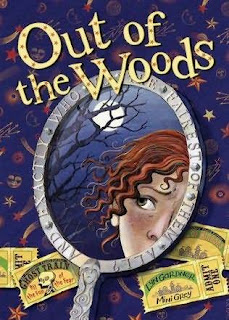 By Lyn Gardner
Published by Random House Kids
Released on April 13th, 2010
Source: Random House Kids
3.5 Stars- It was a good read
The fun fair is in town! With its clouds of pink candy floss and whirling big wheel, what child could resist such temptation? Little do the Eden sisters know that they are being lured into a wicked witch’s lair. . . . Belladonna wants
Aurora’s heart and Storm’s all-powerful musical pipe, and she will stop at nothing to get them. Driven by vanity and greed, she makes a truly formidable adversary.

After escaping from a deadly game of hide-and-seek in the enchanted fair, our three heroines flee through the woods, with several ravenous wolves and a sweet-toothed lion hot on their heels. Now they face their biggest challenge yet: a treacherous journey into the Underworld. For only when the pipe has been safely returned to the land of the dead will the Eden sisters truly be out of the woods. . . . (taken from goodreads)
While I haven't read the first book in the series, I enjoyed reading the sequel. There was enough of the back story that I didn't feel lost on what was going on, nor did I feel that it was redundant. I really liked the way in which Lyn put a spin on various children's fairy tales and meshed them together in this book. It was the fairy tale lore that hooked me the most.
In true fairy tale form, there's adventure, love, danger and an important message that lies just beneath the heart of the story. I like that the story continues with the three Eden sisters and Kit, the love interest for Aurora, one of the sisters. I enjoyed the adventure the sisters went on and all the twists and turns that lie waiting to ensnare the reader in Out of The Woods.
I really like how the three Eden sisters support each other no matter what. I adore their motto being, "Forever and Always". I enjoyed the message towards the end of the book, "Look forward. Keep your eyes on the road ahead. Don't look back." It's a powerful message not only to Storm, one of the Eden sisters, but a great message for the reader. I think Out of The Woods is a good read and one fans both young and old will enjoy.
Posted by Mundie Moms at 8:09 AM Labels: Book Review, Lyn Gardner, Out Of The Woods, Random House Kids 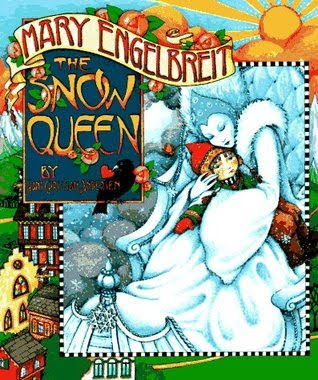 By: Hans Christian Andersen
Illustrated by: Mary Engelbreit
Published by: Workman Publishing Company
Released on January 10, 1993
Age Range: 4 to 8 years
5 Stars- This is one book I will read again & again.

I have to admit to loving Mary Engelbreit's illustrations, so imagine my joy when I discovered this volume of Hans Christian Andersen stories illustrated by Mary? You knew I would pick this up in a hearbeat.

The story follows Gerda's journey as she attempts to rescue her friend, Kay, from the clutches of the Snow Queen. One twist I enjoyed in this classic fairy tale is that every character in here is a girl except the one being rescued. Kay is a boy. I remember loving that twist when my grandmother first read me the story and as I read it to my children, my girls picked up on it right away.

The drawings are sweet, homey and really add to the storybook fantasy feel. The touches of whimsy which Mary Engelbreit is known for are everywhere from the softly falling snowflakes to the round, expressive faces of the characters.

The last page which contains the words that go alongside a gorgeous illustration sum up my feeling for the book as well:

There they both stood, grown up, and yet children -- children in the heart-- and it was summer, warm and delightful summer.

In these warm summer days be sure to pick up this book and read the frosty adventure. This is one book that will sit proudly on our shelf and be taken down on many an evening for a bedtime reading.

Although it is out of print, you can still order this version of the book here and here.
Posted by Sophie at 7:03 AM Labels: Book Review, Hans Christian Andersen, Mary Engelbreit, The Snow Queen, Workman Publishing