I am very excited to have Lauren on our blog today! She's written some fabulous books for Children and Young Adults alike. Recently I had the chance to interview her about her newest Children's series, Sisters 8.
What is the inspiration behind The Sisters 8 series?
In December 2006 my novelist husband Greg Logsted and I were visiting friends in Colorado with our daughter, Jackie, who was six at the time. A blizzard closed Denver Airport and our stay was extended to 10 days. Our friends have no TV and there were no other kids around, so by the last few days we were looking for fresh ideas to entertain ourselves. So what did we settle on? We did what any other family would do: We began brainstorming a nine-book series about octuplets whose parents go missing one New Year's Eve.
I love that this series was a family affair for you. What did you enjoy most about having your family be a part of the writing process for the series?
It's impossible to pick one thing I love most. I've been writing for a long time - at least it seems that way - and have had many books published for adults and teens as well, but nothing has compared to the joy and sheer fun of creating something with my own kid. We do the brainstorming together but I do the physical writing so I'd have to say one of the most enjoyable things is when, at the end of the day, I read what I've written and get to see the look on Jackie's face when she realizes that I didn't just hear her ideas for what should happen next but that they're actually in the story. Oh, and last year we were at a performance of The Nutcracker and a little girl and her mom kept staring at us. During the intermission they came over and asked if we were the authors of The Sisters 8 - that was pretty cool too. Our rock-star moment!
In one word, how would you describe each sister?
Annie: authoritarian; Durinda: nurturing; Georgia: cranky; Jackie: nice; Marcia: observant; Petal: terrified; Rebecca: mean; Zinnia: sweet.
Which of the sister's power would you want to have and why?
Annie's, which is the power of being able to think like an adult when need be. I say that because: 1) it's the only answer I can give without giving away secrets to people who haven't advanced very far in the series yet; and 2) at 48, I still haven't mastered the power of consistently thinking like an adult.
Which sister would you have been friends with growing up?
Jackie. How could I pick anyone over her???
What is one book each sister would recommend reading to our followers?
They would all heartily recommend anything by Roald Dahl - Roald Dahl is like a king to the Eights! - except for Petal. Petal is scared of nearly everything you can imagine, and several things you can't, so she just can't handle all that satire. I guess that leaves Petal to recommend Dick and Jane, which is only OK until Spot enters the picture because then Petal begins to wonder what will happen if Spot goes rabid. Come to think of it, Petal finds Baby pretty terrifying in those books too. Perhabs Baby is concealing hand grenades in those chubby cheeks?
_____________________________
Thank you so much Lauren for visiting with us today!! You can find out more about Lauren's books by visiting her site here: http://www.laurenbaratzlogsted.com/
Books make the perfect Christmas & Holiday gift! Be sure to visit the Sisters 8 site here to find out more about the series and where you can purchase the books at:
http://www.houghtonmifflinbooks.com/features/sisters8/
Meet that authors of Sisters 8: 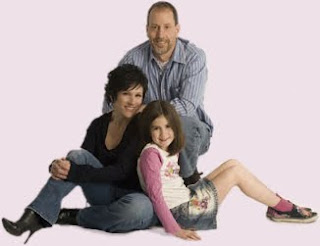 By Kristiana Gregory
Published by Scholastic Press
Released on September 1st, 2010
Source- Scholastic
Ages 8-12
5 Stars- A Must Have

Eleven-year-old Abigail Jane Stewart's fictionalized diary about her life, family, friends, and neighbors, and the sides they have to choose in Valley Forge, Pennsylvania, during the height of the Revolutionary War, renders a vivid portrayal of one of the most memorable and crucial winters in American history.

Abby's life with her family is quickly upended when they are awakened by the unfamiliar sound of drums. General George Washington is leading the Continental soldiers into their winter encampment at Valley Forge, PA.

Hardship is a constant companion for soldiers and citizens alike throughout the winter, and in her diary, Abby pieces together the beauty, pain, and blessings of this long, revolutionary winter (quoted from Goodreads).

Kristina Gregory captures the innocence of childhood and growing up during Amercia's Revolutionary War. America just gained it's independence from England, but the fighting hasn't ceased. The years are 1776-177, and winter is a brutal one. Abigail's story is one that will capture the heart and attention of young readers and adults alike who want to gain an understanding of what it was like to live in Valley Forge, PA during 1777.
Abigail and her family are just trying to get by when General George Washington and his army of battered men come to Valley Forge. Through Abigail's eyes, I got to experience through her story telling just how horrible the conditions were for the men. In the dead of winter the army has little food, some have no coats and no shoes, hence the title Winter of Red Snow. It's through Abigail's story that my admiration for George Washington grew, as Abigail sees him kneel in prayer, the site of his famous Prayer of Valley Forge. A religious man and strong leader, George Washington was kind to Abigail, her family and their neighbors who gave what they had to help sustain General Washington's army.
Abigail grows up quick with the things she witnesses during the army's stay in Valley Forge. Abigail's family has dwelt with heartache before when they lost a baby. Now Abigail has a new baby brother to help take care of, but it's with fear they might lose him again. She also has tasks like tending to her family's daily needs, attending to General Washington's Laundry, helping General Washington's Wife visit the sick and dying soldiers and her family takes in a widowed wife of a solider who's died.
Abigail learns what it means to be true to your country, be faithful in her beliefs and be to proud to be an American. Her story is one that captured my heart and one I highly recommend for teachers for their classrooms, and for those who love to read about history. I know these series are for middle graders, but I find myself completely caught up in the stories. It's like finding my Great-Great Grandmother's journal and sitting down to read it. Once I start to read it, I can't stop.
Posted by Mundie Kids at 10:32 AM Labels: Book Review, Dear America Series, Kristiana Gregory, Little Scholastic, The Winter of Red Snow