I'm thrilled to have author S.R. Johannes on the blog today to celebrate her MG debut, On The Bright Side which is out TODAY!!! Here's a little bit about her book: 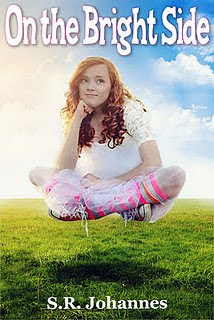 By: S.R. Johannes
Published by: self
Released on: January 31st, 2012- TODAY
Purchase your ebook from: Amazon | Barnes & Noble
Read the 1st two chapters here
On the Bright Side is a hilarious road to guardian angeldom paved with so much drama and due-paying that it makes middle school look painless.
As if the devil’s food cake at her wake and the white fat pants she’s stuck wearing for eternity weren’t bad enough, fourteen year-old Gabby is quick to discover that Cirrus,
the main rung of Heaven, is a far cry from the Pearly Gates. Here, Skyphones and InnerNets are all the rage. Until Gabby finds out she has to protect Angela, her school nemesis,
in order to move up through the training levels of heaven. Problem is, Angela is now hitting on Gabby's should-have-been boyfriend. (awkward!)
Instead of protecting Angela, Gabby pranks her (like tripping is a sin?) at the hopes of cooling off the new couple. At first, they seem harmless until the school dance sabotage gets
completely out of control. Then, her Celestial Sky Agent, who happens to have anger management issues of his own, puts Gabby on probation, threatening her eternal future.
Determined to right her wrongs, Gabby steals an ancient artifact that allows her to return to Earth for just one day. Without knowing, she kicks off a series of events and learns
what can happen when you hate someone to death.
Makes you want to rush to your computer to purchase the e-book doesn't it!? I'm looking forward to reading it! 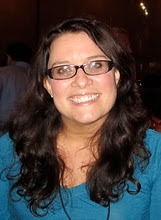 In my mind – when we think of angels. There is a certain expectation. That they are all pretty and perfect and never make mistakes.

Gabby goes against that theory. She is expected to be a certain way but she struggles to be herself while still trying to fit in and do what everyone expects her to do– and she remains herself in spite of the consequences. Gabby is honest and authentic and tells it like it is. She doesn’t care about being perfect. Unfortunately, in trying to be herself, she refuses to change when she needs to the most – along the way she loses herself but redeems herself in the end becoming a better person than she was before.

I think this relates to teens today. They struggle to be who they really are – unique and special – because of the peer pressure around them telling them to be something different. To be like everyone else.

I once saw a show where a man was talking about how he died on a table and experienced THE OTHER SIDE. He talked about how wonderful the OTHER SIDE was and how when he was there he felt no pain or sorrow. He just felt nothing but peace. He said even though he knew he left his family behind, he did not have the sorrow he thought he would. He actually felt sorry for THEM for being on Earth because The OTHER SIDE was so much better. When he came back, he was sad and depressed for some time because he had experienced true peace.

I don’t know if this is true or what. But it got me thinking. What if the other side was awesome! What if there was no pain or anger. Just happy?

I think there are so many negative and dark books about death. I wanted to write something funny and explore a different view of death – what if it’s a wonderful cool place on THE OTHER SIDE? So I started thinking about a Harry Potter types adventure mixed with the voice of Mia Thermopolis. Like a “Meg Cabot goes to heaven.” So if Mia Thermopolis were dead, she would be just like Gabby.

That if you can get through high school, everything gets better. To not be afraid to be yourself. Because it’s better to be unique and not fit in; then it is to fit in and be like everyone else.
Pippy Longstocking. I loved her tenacity and humor. Her strength in who she was and how she stayed true to it – no matter what others did around her – she was just authentic. I love how she barely even noticed. She just was herself. I always wished I was more like that when I was in school.
**********
Thank you to S.R. Johannes for stopping by Mundie Kids today!
You can purchase your ebook for $.99 now through Valentine's Day!!
Please be sure to follow S.R. on her Blog | Twitter
View her book trailer here.
Add On The Bright Side to your Goodreads list
Posted by Mundie Kids at 8:19 AM Labels: Author Interview, On The Bright Side, S.R. Johannes 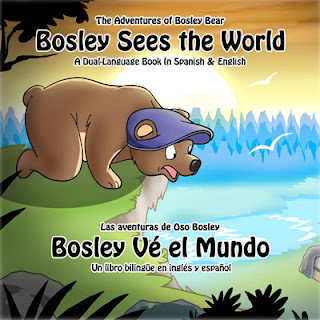 By: Tim Johnson
Published: self published
Source: e-book reviewed from author
To Be Released: TBA
Ages: 0 - 6
3 stars: It's A Good Read
Pre-order from: kickstart

The first book in a series of 'The Adventures of Bosley Bear'. This is the story of a small bear who is excited to see and experience everything around him. This story encourages children to take on new challenges and helps to build confidence for children experiencing new things. This book is about Bosley’s determination to challenge himself and discover new possibilities, and his realization that there is so much out there in the big world to explore. -quoted from Kickstart's site

Bosley's fun adventure book is one kids will enjoy as they get to explore Bosley's world right along side him. From his cave, to his backyard forest, the running river and the high mountain peak. Everything is new, exciting and fun to explore. The other great feature about Bosley's adventure is that this book is a dual language book. The version I read was both English and Spanish. There's a useful guide in the back that will help parents translate the words. I love it when books can not only entertain my kids, but teach them something. While I love that Bosley teaches dual languages, I hope that at some point this book will also come with a CD to teach kids how to speak the language, because my personal worry is if I'm saying the word correctly.
I think this book is most beneficial for toddlers through kindergarten aged kids. There's simple phrases and repeat words that make it easy for them to understand and follow along. Currently Bosley's adventure is being sold in English, Spanish, German, French, Italian, Russian, Chinese and Arabic. If you're looking for a dual language children's book, I'd recommend looking into Bosley's world.
You can learn more about Tim's debut and the story behind Bosley's story here and preorder the book here. Here's an example of a page out of Bosley's book: 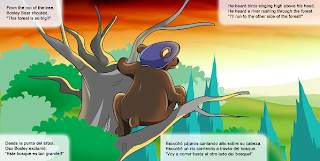