Marvelous Middle Grade Monday is a weekly feature started by MG author Shannon Messenger and is a weekly post featuring an upcoming MG release, a MG Author Interview or a MG review. You can find out more about this series posts, and find links to author authors and bloggers who are taking part in this feature here. You can also my Must Have Middle Grade Reads feature on Mundie Moms. 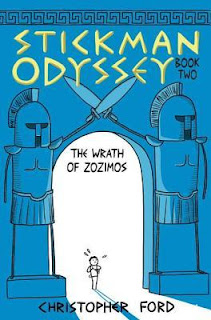 By: Christopher Ford
Published by: Philomel Books
To Be Released on: May 10th, 2012
Source: ARC from publisher
Ages: 10 & up
4 stars: I enjoyed It
Pre-Order from: Amazon  | Barnes & Noble

Greek tragedy has never been so funny
Zozimos' journey to the kingdom of Sticatha has been anything but smooth. He's survived enslavement, battled golems and a ravenous Cyclops, and generally served as plaything to gods and goddesses looking for a good laugh. All for the sake of reclaiming the Sticathan royal throne—stolen from him by an evil witch, aka his stepmother.
You'd think that a stickman would catch a break after all that, but you'd be wrong. Arriving home only brings crazy family members and a return trip to sea, where mercenary centaurs and giant boar gods keep Zozimos questing and readers laughing. It would all be an epic tragedy if it wasn't so funny.

This is a funny, slightly twisted retelling of the well known mythological story of Odyssey, that will get even the most reluctant reader to read. Christopher Ford's humor, and stick figure illustrations make this story engaging and highly entertaining. Zozimos is back and this time around his adventures land him in Sticatha. There is finds the evil witch who killed his father is actually a beloved Queen. Krata shocks him by telling him the reason why she killed his father, and who the other person was that was behind his murder. In order to get back the kingdom that's rightful his, Zozimos has to prove his worth by traveling to find the golden feather.


Though it strays a little bit from the classical story of Odyssey that we adults grew up reading, this is still a read I think MG readers will enjoy. There's plenty of laugh out moments that will keep kids hooked and leave them waiting for more from Zozimos's adventures. I'd definitely recommend adding this book to any middle school library, classroom or in home library. 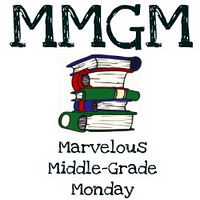