Waiting on Wednesday: Exile by Shannon Messenger / Island of Fire by Lisa McMann


I'm just as big of a fan of Middle Grade books as I am Young Adult. I'm really excited about some of this year's upcoming MG releases. These two books featured today are from series I have completely fallen in love with. Plus, check out their stunning covers. Here are two Aladdin (Simon Kids) books I can not wait to get my hands on. 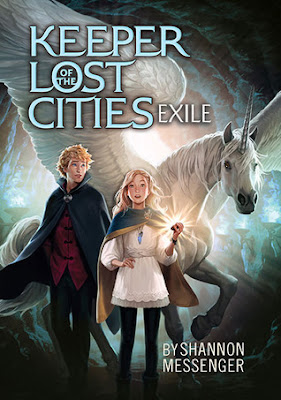 By: Shannon Messenger
Published by: Aladdin
To Be Released on: October 1st, 2013
Series: Keeper of the Lost Cities #2
Pre-Order from: Amazon | Barnes & Noble


Sophie Foster thought she was safe. Settled into her home at Havenfield, surrounded by friends, and using her unique telepathic abilities to train Silveny--the first female alicorn ever seen in the Lost Cities--her life finally seems to be coming together. But Sophie's kidnappers are still out there. And when Sophie discovers new messages and clues from the mysterious Black Swan group, she’s forced to take a terrifying risk—one that puts everyone in incredible danger. As long buried secrets rise to the surface, it’s once again up to Sophie to uncover hidden memories—before someone close to her is lost forever. In this second book in the Keeper of the Lost Cities series, Sophie must journey to the darkest corners of her luminous world in a sequel that will leave you breathless for more - quoted from Goodreads

Oh Keeper! This is one of those stellar series for kids that adults can enjoy just as much as younger readers. Shannon's debut, Keeper of the Lost Cities was one of my favorite MG from last year. I'm anxiously awaiting this books release. I need to know what happens next. You can read my review for Keeper here. 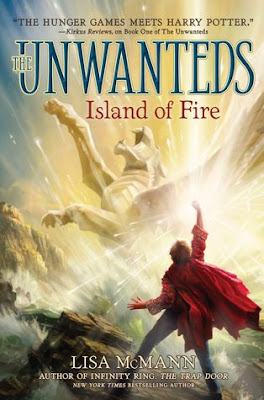 By: Lisa McMann
Published by: Aladdin
To Be Released on: September 3rd, 2013
Series: The Unwanteds #3
Pre-Order from: Amazon | Barnes & Noble
Add to GoodReads

If you've not yet picked up The Unwanteds, I highly recommend that you do! I LOVE this series. You can read my reviews for the 1st and 2nd book in this series. I can't wait to find out all that happens in book #3.
Posted by Mundie Moms at 6:48 AM Labels: Aladdin, Exile by Shannon Messenger, Island of Fire by Lisa McMann, Keeper of the Lost Cities, The Unwanteds, Waiting On Wednesday