Hello and Welcome to today's exciting cover reveal for Claire Legrand's THE YEAR OF SHADOWS! I know, I'm extremely excited about being able to team up with Claire and Simon Kids to reveal this lovely cover today on both Mundie Moms and Mundie Kids! Why delay any longer, check out this cover! 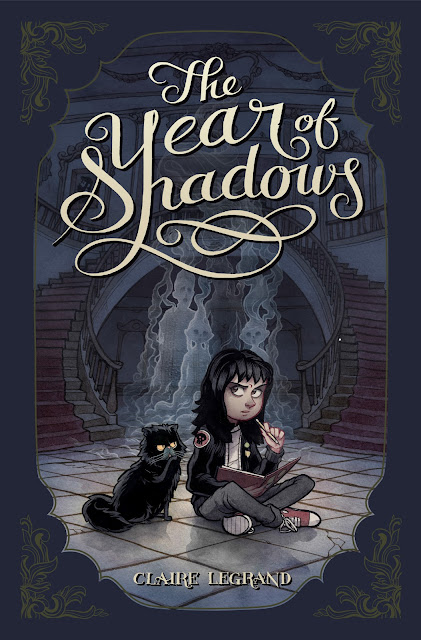 What do you think of the cover?  Isn't it a lovely cover? I love the look on the cat's face. I wonder where that stair case leads to. I can't wait to see this cover out in stores! Guess what else I have for you today, a giveaway and a sneak peak of the first, along with a guest post from Claire!

This is our exclusive sneak peak into page #1. I am already in love. I seriously love that there's a silhouette of the cat on this page *must get book*. 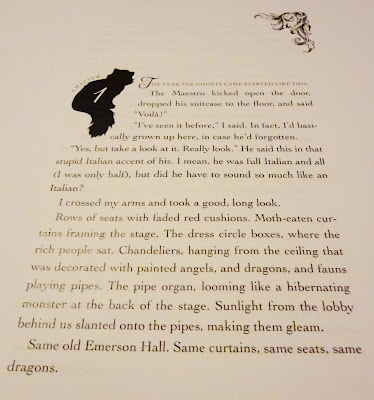 THE YEAR OF SHADOWS Flap Copy

Olivia Stellatella is having a rough year.

Her mother left, her neglectful father—the maestro of a failing orchestra—has moved her and her grandmother into his dark, broken-down concert hall to save money, and her only friend is Igor, an ornery stray cat.

Just when she thinks life couldn’t get any weirder, she meets four ghosts who haunt the hall. They need Olivia’s help—if the hall is torn down, they’ll be stuck as ghosts forever, never able to move on.

Olivia has to do the impossible for her shadowy new friends: Save the concert hall. But helping the dead has powerful consequences for the living . . . and soon it’s not just the concert hall that needs saving.


To win one of these prizes, simply comment on this post! The giveaway begins today and ends Thursday, February 7th. U.S./Canada only. Also, for more chances to win, don’t forget to comment on the first two cover reveal week posts at Icey Books and The Book Smugglers!

**Please note that though the cover reveal is happening on both sites, any comments left on this blog will be entered with those left on the MM's cover reveal post as well. Thank you! - Katie

Thank you to Simon & Schuster Kids and Claire Legrand for being apart of Mundie Moms today. 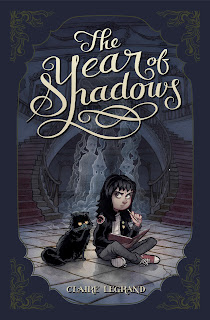 By: Claire Legrand
Published by: Simon & Schuster
To Be Released On (around): August 27th, 2013
Soon to be available for Pre-Order on: Amazon | Barnes & Noble | iTunes

12-year-old Olivia Stellatella and her father have sold all their belongings to keep her father's orchestra from going bankrupt. Now, they live out of suitcases in the back rooms of Emerson Hall, where the orchestra performs.Olivia hates it there.She hates her squeaky cot and shabby clothes. She hates her father, too, for being so obsessed with music that he drove Olivia's mother out of the house and got them into this mess. Most of all, Olivia hates the orchestra. It's the orchestra's fault that her father's the way he is. She can't wait for it to fail.Until the ghosts come.They're lonely, frightened, and stuck in our world. Only if Olivia and the 12-year-old usher, Henry, can help the ghosts solve the mysteries of their deaths -- deaths that are somehow related to the Hall's past -- will they be able to move on and find peace. But time -- and money -- is running out. The mayor wants to bulldoze the Hall to the ground, which would put Olivia and her father out on the streets and trap the ghosts in our world permanently. And other ghosts -- bad ones -- will do anything to keep them here. As the “ghosts of Emerson Hall” craze sweeps the city, Olivia faces life-changing family secrets and must fight for her life when her world, and the world of Death, collide.THE YEAR OF SHADOWS is a middle grade ghost story about loss, magic, music, and the power of friendship - quoted from Goodreads 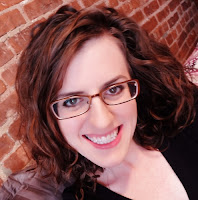 Claire is a Texan living in New York City! She writes fantastical stories, and her daemon is an ocelot but sometimes a unicorn. When presented with the choice to high five or not to high five, she will always choose TO HIGH FIVE. Her first novel, THE CAVENDISH HOME FOR BOYS AND GIRLS, due out August 28, 2012 fromSimon & Schuster BFYR, will probably give you nightmares. Or at the very least make you buy a nightlight. Her second novel, THE YEAR OF SHADOWS, due out Fall 2013, also from S&S, involves several ghosts, a girl who lives in a haunted music hall, and a rather insouciant cat. Her third novel,WINTERSPELL, due out in Fall 2014, also from S&S, is a young adult retelling of The Nutcracker, full of faeries, bloody swordfights, and forbidden romance.