Happy Marvelous Middle Grade Monday! I've got some exciting news to share with guys today about the Percy Jackson series!! 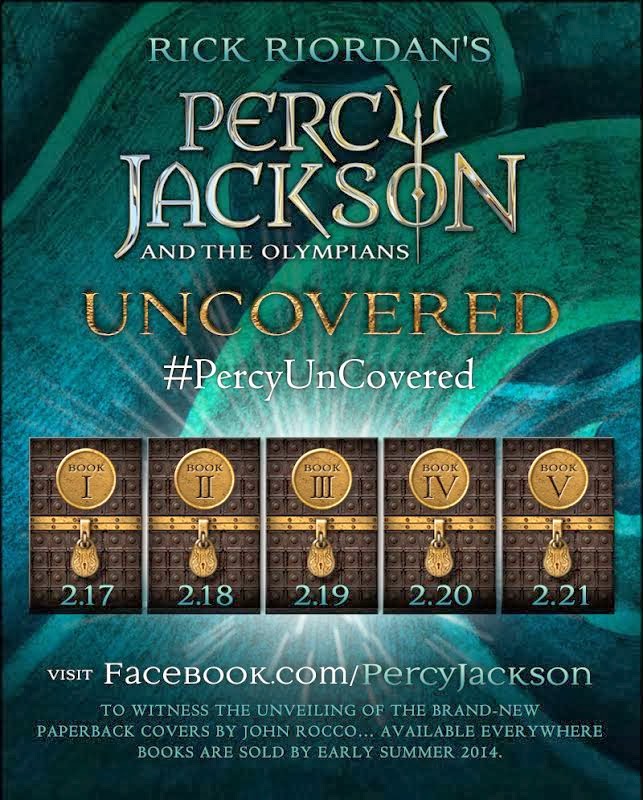 Every self-respecting Percy Jackson fan knows that the next book in the Heroes of Olympus series, The Blood of Olympus, will arrive in their hands on October 7, 2014. What they don’t yet know, but are about to find out, is that starting early this summer, a new fleet of the original Percy Jackson & the Olympians series will pop up in stores, sporting brand-new, reimagined covers. They’ll also find out that when these new paperback books are lined up side by side by side, they will reveal one amazing panoramic mural, the handiwork of artist John Rocco: who’s illustrated all the Percy covers since the first rejacketing of The Lightning Thief in 2006.

Even though the books won’t be available until early summer 2014, we won’t make the fans wait that long to feast their eyes. Starting Monday, February 17th (Presidents Day), the Percy Jackson Facebook page will be revealing the new look, one book per day. Five days. Five brand-new covers.