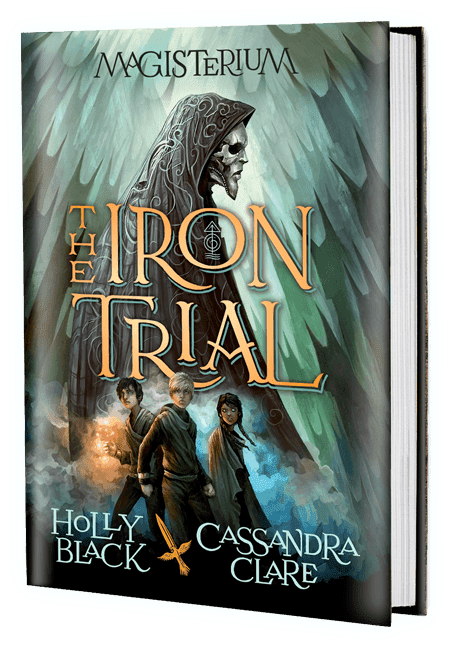 By: Holly Black & Cassandra Clare
Published by: Scholastic
To Be Released on: 9/9/14
Series: Magisterium #1
Pre-Order from: Amazon
Add it to Goodreads


Most people would do anything to get into the Magisterium and pass the Iron Trial.
Not Callum Hunt.
Call has been told his whole life that he should never trust a magician. And so he tries his best to do his worst – but fails at failing.
Now he must enter the Magisterium.
It's a place that's both sensational and sinister. And Call realizes it has dark ties to his past and a twisty path to his future.
The Iron Trial is just the beginning. Call’s biggest test is still to come . . .

I'm really excited that Cassie and Holly have teamed up to write a MG book. Holly has written some of our favorite MG books. Being huge fans of their YA books, this series is sure to be a hit with both MG and YA readers.

Check out the Magisterium Game!