The Magisterium Series: The Iron Trial by Holly Black & Cassandra; Cover Reveal, Excerpt & The Characters On The Cover 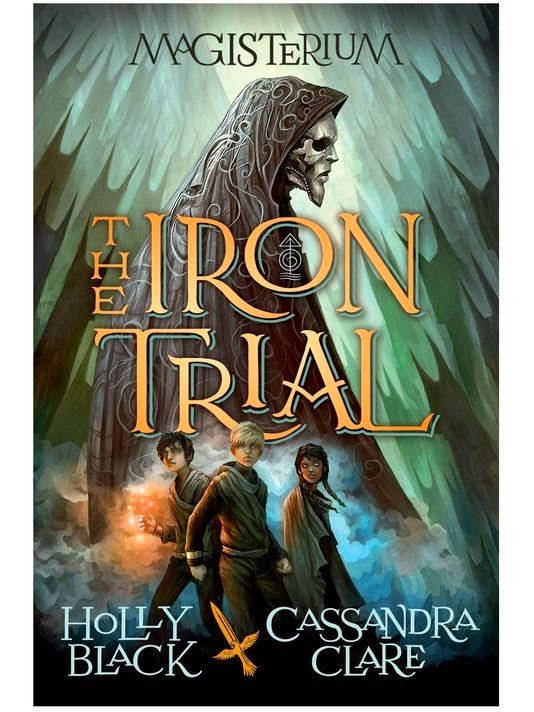 Yesterday I shared the cover reveal for Cassandra Clare & Holly Black's The Iron Trials here on Mundie Moms, which is book one in their MAGISTERIUM middle grade series. What a fabulous MG cover it is! Cassie also shared a link on Tumblr yesterday to read an excerpt (which is part of USA Today's cover reveal, also from yesterday) from the book and she told fans who each of the characters are on the cover are. Here's what she said:

ETA: Who are the three children on the cover of The Iron Trial? I loved the cover! -
Aaron is in the center. Callum is on his left, and Tamara on his right.

You can find out more about the series via Cassandra Clare's site and Scholastic.
I can't wait to read this one! I'm so excited she and Holly are doing a middle grade series together. This is a 5 book series I'm anxiously awaiting to feature here on Mundie Kids.