Happy Marvelous Middle Grade Monday!
School is out & Summer Vacation has started!
Check out some of these exciting releases from Harper Children's that are perfect for Summer Reading and getting your kiddos ready for the upcoming school year. Before we know it's going to be time to get ready for back to school. 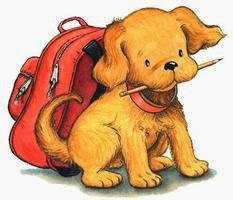 Biscuit Loves the Library written by Alyssa Satin Capucilli, illustrated by Pat Schories9780061935077 – $16.99 – Ages 4 to 8 – On Sale: 2/18/2014
Hooray! It is Read to a Pet Day at the library. Biscuit and his friend, the little girl, are excited to look at all of the books. And with the help of a very special person, the little puppy finds the perfect book to read and share.

Little Lola written by Julie Saab, illustrated by David Gothard9780062274571 – $16.99 – Ages 4 to 8 – On Sale: 4/22/2014
Lola the curious cat discovers that she loves school, in this funny and fast-paced picture book introducing Little Lola! A great read-aloud picture book for fans of the OLIVIA books.

Little Critter: Just My Lost Treasure written and illustrated by Mercer Mayer9780061478062 – $16.99 – Ages 4 to 8 – On Sale: 5/27/2014
Join Mercer Mayer’s classic and loveable Little Critter is searching for a missing sock so he can get ready for school. But even he is surprised by all of the lost treasures he finds during his hunt!

Chu’s First Day of School written by Neil Gaiman, illustrated by Adam Rex9780062223975 – $17.99 – Ages 4 to 8 – On Sale: 6/24/2014
In this sequel to the New York Times bestseller CHU’S DAY, the adorable little panda with the great big sneeze heads off to his first day of school. From bestselling author Neil Gaiman and acclaimed illustrator Adam Rex.

Monsters Love School written and illustrated by Mike Austin 9780062286185 – $15.99 – Ages 4 to 8 – On Sale: 6/24/2014
Summer is over, and now it’s time for the biggest adventure of all...Monster School! Join these hilarious, energetic monsters as they go to school for the first time in author/illustrator Mike Austin’s picture book sequel to MONSTERS LOVE COLOR. Reading and writing and learning your monster history has never been so much fun!

Pinkalicious and the New Teacher written and illustrated by Victoria Kann9780062189134 – $16.99 – Ages 4 to 8 – On Sale: 6/24/2014
It’s the first day of school and that means a brand new teacher, Ms. Penny! Pinkalicious misses her old teacher until she comes up with an idea to make the classroom feel a little more familiar and pinkeriffic.

Amelia Bedelia Chalks One Up written Herman Parish, illustrated by Lynne Avril9780062334220 – $16.99 – Ages 4 to 8 – On Sale: 8/6/2014
Amelia Bedelia has been loved by readers for fifty years. And it turns out that her childhood is full of silly mix-ups, too! The star of the best-selling picture book series now has her own Level 1 I Can Read series. What happens when Amelia Bedelia decides to surprise her mother with chalk drawings all over the driveway and front walk? Chalk one up for Amelia Bedelia! 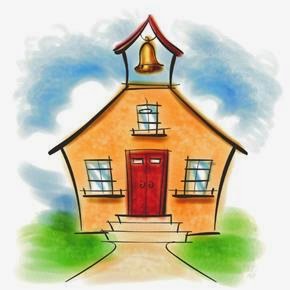 The School for Good and Evil by Soman Chainani 9780062104892 – $16.99 – Ages 8 to 12 – On Sale: 5/14/2013
THE SCHOOL FOR GOOD AND EVIL series unleashes a dazzling new fantasy world, one in which ordinary boys and girls are trained to be perfect heroes or perfect villains. Book One subverts the assumed roles of our indelible heroines, when witch-girl Agatha is “mistakenly” sent to the School for Good, and wannabe-princess Sophie to the School for Evil. As rivalries bloom and jealousy sets in, Agatha and Sophie discover that these fates may not be a mistake after all…

The Gollywhopper Games: The New Champion by Jody Feldman 9780062211255 – $16.99 – Ages 8 to 12 – On Sale: 5/27/2014
The sequel to the popular and acclaimed THE GOLLYWHOPPER GAMES. The puzzles are trickier, the obstacle courses harder, and the competition fiercer. It’s Charlie and the Chocolate Factory meets The Amazing Race!

Flat Stanley's Worldwide Adventures #12: Escape to California by Jeff Brown 9780062189912 – $15.99 – Ages 6 to 10 – On Sale: 8/26/2014
This exciting new installment of FLAT STANLEY’S WORLD WIDE ADVENTURES is another addition to the 2014 50th Anniversary celebration! Stanley’s San Francisco adventure touches upon a central theme in the series—the importance of treating people equally, not just based on their appearance.

Be sure to find out about these tittles and other Harper Children's upcoming releases here.