Arrr! Welcome to the next stop in the HOOK'S REVENGE blog tour! Today I'm thrilled to have the fabulous, dreaded pirate, Heidi Schultz, also known as the author of HOOK'S REVENGE, here on the blog! She's stopped by to tell us how we can dress like a pirate!!

Arrr! International Talk Like a Pirate Day is in just two days! Yesterday I shared some piratical words to get your speech shipshape, but now we need to do something about your clothes. No self-respecting pirate would be caught dead wearing jeggings and flip-flops! You’ll want something to inspire a bit more terror in your friends and loved ones this weekend. But who has time to shop with all the pillaging you’ve got planned?

DIY Pirate costume to the rescue!

Follow these three rules and you’ll have a pirate costume in no time:

Pillage your own closet

Last Halloween, I decided, two hours before going out, that I wanted to dress up. I generally put on a costume every year, planning weeks in advance, but last year we had some other things going on and I didn’t think I would want to. When I realized I really did, it was almost too late!

I opened my closet to see what I could come up with and saw my old forest fairy costume hanging next to a long denim jacket. Eureka! I decided to be a pirate fairy.
See photo here.

For a straight-up pirate costume, I could have easily ditched my wings and replaced my fairy dress with a long, white men’s dress shirt under my jacket, perhaps tucking the collar under and adding a short red or white scarf, a la Disney’s cartoon Captain Hook.

Or, I could have turned myself into a lesser crew member with an oversized t-shirt, (striped would be great), belted at the waist with a long scarf. I’d wear it over leggings and boots or loose fitting, cut off khakis and sandals.

Once you start looking over your closet with the dead-eyed stare of a pirate, you may be surprised at the treasure trove that is there. Keep a particular sharp eye out for anything red or black, the most swashbuckling colors there are. And if you don’t see what you are looking for, perhaps you could move on to another closet in your house—a roommate or significant other’s? I mean, you are a pirate, after all, right?

Pirates love to accessorize. Scarves can be worn around the waist, draped across the body, or on the head.

Layer on some belts. Use different widths and colors. Fasten a couple together to wear across your body. If you have an old one you don’t want to wear any more, consider cutting it short and adding a new hole. It’s now a wrist cuff.

And bring on the bling: Oversized earrings, necklaces, and bracelets of all kinds. Show off your hard won booty. (Um, not that kind of booty. I mean, unless you want. Who am I to judge?)

In Hook’s Revenge, the pirates in Jocelyn’s crew weren’t very experienced (you’ll learn more about them later this week), but that didn’t keep them from acting the part.

They knew that much of being a fierce pirate is how you carry yourself. Sneer, growl, shout out “ARRRR!” and “Bucko!” at random moments.

Battle scars and injuries also help lend an air of danger. If you have an eye patch lying around (and who doesn’t?), go ahead and don it. But if not, you could simply adopt a squint. No peg-leg? Exaggerate a limp. No hook for a hand? Just do what One-Armed Jack, one of Jocelyn’s crewmen, did and tuck an arm inside your shirt.

Now that your pirate costume is complete, I’d love to see it! Tweet me a picture @HeidiSchulz or tag me on Instagram @HeidiSchulzBooks. And don’t forget the ARRRR, Bucko! 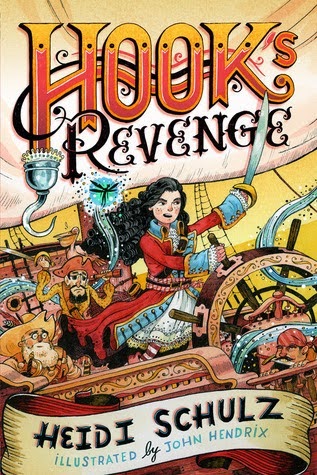 Twelve-year-old Jocelyn dreams of becoming every bit as daring as her infamous father, Captain James Hook. Her grandfather, on the other hand, intends to see her starched and pressed into a fine society lady. When she’s sent to Miss Eliza Crumb-Biddlecomb’s Finishing School for Young Ladies, Jocelyn’s hopes of following in her father’s fearsome footsteps are lost in a heap of dance lessons, white gloves, and way too much pink.
So when Jocelyn receives a letter from her father challenging her to avenge his untimely demise at the jaws of the Neverland crocodile, she doesn’t hesitate-here at last is the adventure she has been waiting for. But Jocelyn finds that being a pirate is a bit more difficult than she’d bargained for. As if attempting to defeat the Neverland’s most fearsome beast isn’t enough to deal with, she’s tasked with captaining a crew of woefully untrained pirates, outwitting cannibals wild for English cuisine, and rescuing her best friend from a certain pack of lost children, not to mention that pesky Peter Pan who keeps barging in uninvited.
The crocodile’s clock is always ticking in Heidi Schulz’s debut novel, a story told by an irascible narrator who is both dazzlingly witty and sharp as a sword. Will Jocelyn find the courage to beat the incessant monster before time runs out?
Purchase Hook’s Revenge: Powell’s | IndieBound | Barnes & Noble | Amazon 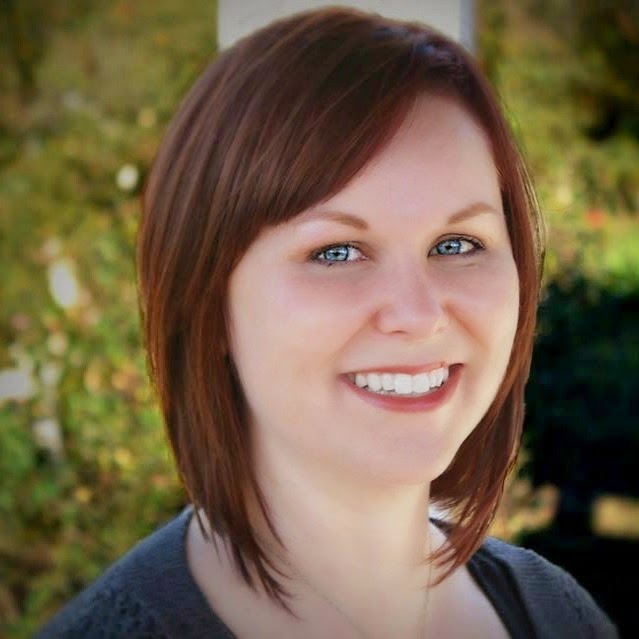 Heidi Schulz is a writer, reader, and giraffe suspicioner. She lives in Salem, Oregon with her husband, co-captaining a crew made of their teen daughter, a terrible little dog, and five irascible chickens. Her debut novel for middle grade readers, HOOK’S REVENGE, will be published by Disney•Hyperion on September 16, 2014. A sequel, HOOK’S REVENGE: THE PIRATE CODE, will follow in fall 2015. Bloomsbury Kids will publish her picture book debut, GIRAFFES RUIN EVERYTHING, in 2016.
Website | Twitter  | Facebook  | Goodreads