An Interview with TWERP and FINDING THE WORM author Mark Goldblatt

Hello and welcome today's Mundie Kids spotlight. Today I'm thrilled to have FINDING THE
WORM author Mark Goldblatt on the blog to talk about his newest release. Before I share my interview with Mark, here is a little bit about the book. 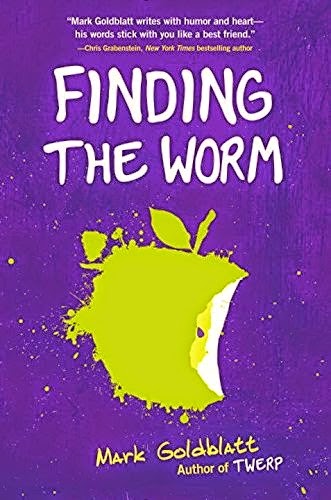 By: Mark Goldblatt
Published by: Random House Kids
Released on: 2/10/15
Ages: 9-12 years old
Grade Level: 4th - 7th
Series: Sequel to Twerp
Find out where to buy
Add it to Goodreads

The New York Post praised Twerp as “reminiscent of The Perks of Being a Wallflower.” Finding the Worm is a sequel that stands on its own--an unforgettable coming-of-age story about life, loss, and friendship. Perfect for fans of The Sandlot and readers who love books by Jennifer L. Holm, Andrew Clements, and Rebecca Stead.

Trouble always seems to find thirteen-year-old Julian Twerski. First it was a bullying incident, and now he’s been accused of vandalizing a painting. The principal doesn’t want to suspend him again, so instead, he asks Julian to write a 200-word essay on good citizenship. Julian writes 200 no’s instead, and so begins an epic struggle between Julian and his principal.

Being falsely accused is bad enough, but outside of school, Julian’s dealing with even bigger issues. His friend Quentin has been really sick. How can life be fair when the nicest guy in your group has cancer? Julian’s faith and friendships are put to the test . . . and the stakes have never been higher.
PRAISE FOR TWERP 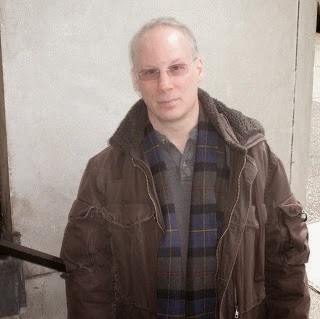 Finding the Worm is a follow up to your highly acclaimed middle grade novel Twerp. How much have the characters grown from book to book?
Six months have passed. The characters have graduated from sixth grade into seventh—from elementary school into junior high school (as the two were divided in the late sixties).
One of the main themes of Twerp was bullying. What is one of the driving themes behind Finding the Worm? How did you pick it, and why?
Despite how it’s been taught in schools, I’ve never thought of Twerp as a novel about bullying. Don’t get me wrong. If it provokes discussions of bullying, that’s all to the good. But that wasn’t my intention when I was writing it. I’ve always seen it as a novel about the moment when a boy’s conscience awakens—when he goes from thinking he did something wrong because he got punished to knowing he did something wrong because he feels the wrongness of what he did. It just so happens that the thing he did was to hurt another boy. Twerp is his journey from confusion and regret to empathy and conscience.
Finding the Worm is a novel first and foremost about justice, about why bad things happen to good people. (Which, of course, is the great challenge to conscience once it awakens.) It’s also a novel about letting go of childish things—including, most obviously, the belief that the world will always be a fair place. Julian, the narrator of both books, is now on the cusp of his bar mitzvah, the moment in a Jewish boy’s life where he passes symbolically from childhood to adulthood. His outlook is changing, his perspective is broadening, and his feelings about his friends are evolving—as are his feelings about girls. Julian has his first taste of love in Finding the Worm.
Both Twerp and Finding the Worm are inspired by your childhood in 1960s Queens. Why do you think kids today can relate to these stories, despite the generational differences?
I’ve always believed in an underlying commonality of human experience. That’s the reason art and literature survive from generation to generation. As a practical matter, I’m too far removed from the particulars of growing up in the 21st century to write a credible novel about it. Helicopter parents. Cell phones. Social media. It really is a sea change. (As a thought experiment, imagine magically dropping a Beyonce video into 1969…think of the effect on the collective puberty of an entire generation!) However, certain experiences of youth remain universal—not only love and loss, but loyalty, insecurity, restlessness, adventure, disillusionment, etc. If you recreate the life of an adolescent accurately, regardless of the era in which he lives, anyone who is, or has ever been, an adolescent should be able to connect with it. That’s the theory anyway.
You have several adult characters that have key roles in this story, including Miss Medina and Principal Salvatore. Can you tell us a little more about these characters, and how they fit into Julian’s world? How do their actions contribute to the overall themes in the book?
When I write books for young readers, they really are books about kids. The crucial relationships are between the kids. You certainly want the adult characters to feel authentic; you don’t want them to sound like the trumpet-voices in a Charlie Brown cartoon. But the adults’ lives, at least in my books, are fixed reference points, like islands in the stream. The kids’ lives are the stream. They flow over, under and around the adults’ lives.
The three main adult characters in Finding the Worm are a guidance counselor, a school principal and a rabbi. I guess, if you want to put a literary—and slightly pretentious—spin on it, they represent sympathy, authority and wisdom. Julian is struggling with all three in the course of the book.
One of the characters in the book, Quentin, is diagnosed with cancer, and Julian and his friend have to struggle with their friend’s illness. Why did you decide to include this aspect? What challenges did you face when writing about it?
One of the guys from the block was diagnosed with cancer around that same age. I think I’ll just leave it at that.
Do you agree with Julian when he says bad things make for good stories? If so, why do you think that is?
Characters certainly have to be challenged, or else there is no story—good or bad.
There is a love triangle in Finding the Worm between Julian and two of his closest friends. Do you think that romantic relationships are an important part of growing up? How do romantic feelings in adolescence effect friendships, and why do you think those effects are significant?
It’s an interesting question. I’ve always thought of the moment a boy experiences his first love as the moment his life moves from checkers to chess. Checkers is straightforward; there are only a few rules, and the pieces all work the same way. Chess is far more complicated and thus far more unpredictable. That metaphor may tell you more about my life in particular than about boys’ lives in general, but there it is.
Your bio says that you are a lot like the book’s protagonist Julian. In what ways are you different, and why did you decide to make those changes to his character?
If I’m not mistaken, the bio says I’m a lot like Julian only not as interesting. I think that needs to be highlighted. If you polled the kids I grew up with—leaving aside the guys from the block—I’m sure most of them would barely remember me. If they did, they’d probably say something like, “Oh yeah, wasn’t he that kid who ran really fast?” That would be about it. I tried to flesh out Julian a bit more. I wanted him to have that third dimension that I lack in real life.

MARK GOLDBLATT is a lot like Julian Twerski, only not as interesting. He’s a widely published columnist, a novelist, and a professor at the Fashion Institute of Technology. Twerp is his first book for younger readers. He lives in New York City. Visit him online at markgoldblattkids.com 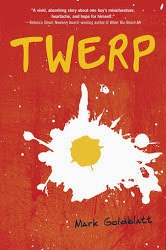 It's not like I meant for him to get hurt. . . .Julian Twerski isn't a bully. He's just made a big mistake. So when he returns to school after a weeklong suspension, his English teacher offers him a deal: if he keeps a journal and writes about the terrible incident that got him and his friends suspended, he can get out of writing a report on Shakespeare. Julian jumps at the chance. And so begins his account of life in sixth grade--blowing up homemade fireworks, writing a love letter for his best friend (with disastrous results), and worrying whether he's still the fastest kid in school. Lurking in the background, though, is the one story he can't bring himself to tell, the one story his teacher most wants to hear.Inspired by Mark Goldblatt's own childhood growing up in 1960s Queens, Twerp shines with humor and heart. This remarkably powerful story will have readers laughing and crying right along with these flawed but unforgettable characters.

Find out where to buy | Add it to Goodreads