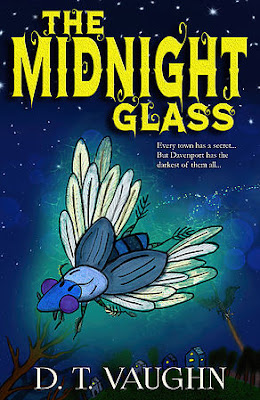 Every town has a secret...
But Davenport has the darkest of them all...

Life is rough for eleven-year-old Wyatt Dumont. He’s too small to fend off his mean older sister, and the school bully picks on him every day. But life changes when his mother is offered a job in the secretive town of Davenport. Wyatt is excited for the move until he notices that some of the townsfolk are more than human. There’s a man with green skin and gills, and a middle school teacher with red eyes and fangs! Even Wyatt’s new classmates are an electrifying spark elf and a wulfyn—a werewolf, but don’t call him that...or else!
​
Wyatt is panicked. But nothing alarms him more than the darkest secret of all: Davenport hasn’t seen the sun in over four hundred years. Wyatt quickly becomes obsessed with the town’s mysteries, and he begins to uncover the truth—one deadly secret at a time.

This sounds like the perfect kind of read for Halloween!

Check out the book trailer: