Welcome to today's cover reveal for Claire Legrand upcoming middle grade release, FOXHEART. I am so thrilled to help reveal the cover for this book. It is a stunner! Once you see it, I think you'll agree with us.

Check out the cover below! 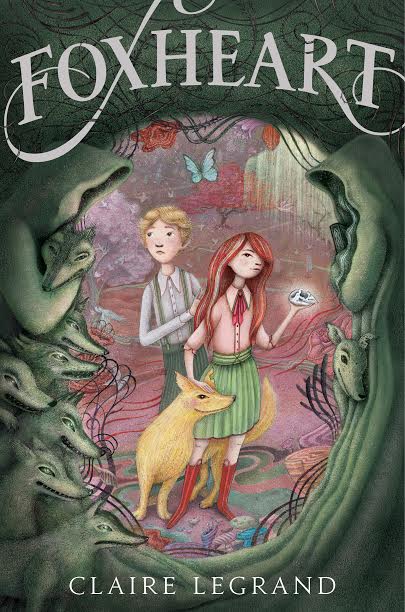 What an fabulous cover! Fans of Legrand's will be happy to know that FOXHEART'S main character is someone they already know. To find out more about who she is, check out my interview with Claire below. First, check out this exclusive first look of the inside artwork of FOXHEART. 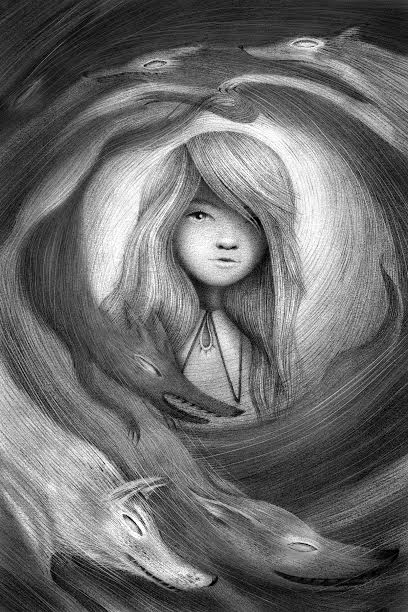 I can't wait for this book to be out! I love artwork in middle grade books. 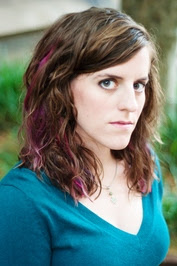 Hi Claire! I love the cover for Foxheart! What was your first impression when you saw the cover?

COMPLETE AND ALL-CONSUMING LOVE. I know, all caps, it's like I'm screaming at you, but seriously--from the very first mock-up, the Greenwillow team's vision for this cover--and illustrator Jaime Zollars's talent--blew me away. There are so many important details in this cover! And I love how the design makes it feel like you're peering out of a dark, dreary world into a world bright with magic and possibilities. Very fitting for Quicksilver's story. (Also, isn't Quicksilver's hair rad? I wants it.)

I love the title of this book! How did you go about coming up with the title Foxheart?

The original title was Quicksilver, but given that Marvel comics movie adaptations aren't going anywhere anytime soon, we needed to change the title so people wouldn't confuse it with the superhero of the same name. We threw around a few ideas, but Foxheart stuck. Quicksilver has a dog named Fox, who is also her best friend. And Quicksilver herself--a thief and a pretty good liar, too--is clever and swift, just like a fox. So the title worked well for a lot of reasons.

Quicksilver is a character fans of your short story "Quicksilver and the Stranger" from The Cabinet of Curiosities will recognize. What was it about this spunky character that made you want to give her her own book?

I had no idea what I was going to do when I sat down to write the Cabinet story that month. Our theme was "tricks", so I thought, "Okay, tricks...maybe I'll write about a thief who plays tricks on people," and that was that. But I had no idea how deeply I would fall in love with my little thief. One moment in the story particularly struck me: Quicksilver doesn't feel remorse when she steals things--except for when she stole a statue of Saint Agatha from the convent where she was raised. The story says, "She had run away from the silent, stern Sisters as soon as she was strong enough, but one thing the Sisters had taught her was the beauty of prayer and faith, and she had never forgotten it." So here's this pretty ruthless, rebellious thief who treasures a statue of a saint. She stole it because she loves beauty and the idea of faith, of belief, and wanted a talisman to remind her of those things. That character trait of hers just came out of nowhere and fascinated me. I thought, "Who is this fierce, strange little bean?!" I had to know more about her. And I'm so glad my editor wanted to know more, too!

What is something you have come to admire about Quicksilver?

What don't I admire about her? She's resilient and witty. She's stubborn and rash and a liar. Sometimes she's a little bit heartless--and other times she feels and loves so deeply that she makes me cry. She's incredibly brave--not because she's fearless (although she'd never admit she's ever frightened of anything, ever) but because she keeps going even when every instinct screams at her to run away and give up.

What are three things fans can expect to find in Foxheart?

Aside from Quicksilver, which character did you enjoy getting to know? Who surprised you in this story?

Can fans expect more middle grade books from you in the near future?

Absolutely! Nothing I can talk about yet, but I deeply love middle grade and never plan to stop writing it. :)

By: Claire Legrand
Illustrated by: Jaime Zollars
Published by: Greenwillow Books
To Be Released on: October 4th, 2016
Add it to Goodreads
Find out more about the book here

Hundreds of years ago, the Wolf King united the seven kingdoms of the Star Lands and began his Hunt, endeavoring to kill all the witches in the land. With seven enchanted wolves by his side, he has nearly eradicated witchcraft from the Star Lands, and the people worship him as a kind savior.

But when a man matching the Wolf King’s description attacks the convent where twelve-year-old Quicksilver has been raised, she quickly realizes the king is not who they thought he was.

Now running for her life, Quicksilver finds herself face to face with an older version of herself named Anastazia. Together with a young thief-in-training named Sly Boots and her dog, Fox, Quicksilver hurtles back through time in an attempt to dethrone the Wolf King before his Hunt is complete.

Full of magic, adventure, and an original and compelling cast of characters, FOXHEART is a fast-paced fantasy reminiscent of HOWL’S MOVING CASTLE.