Hello and welcome to today's stop in the 2016 Debut Authors Bash! I'm so thrilled to host today's stop and feature debut author, Robin Yardi on Mundie Kids today. Robin's debut, THE MIDNIGHT WAR OF MATEO MARTINEZ, was recently released in March. You can find out more about it below. First, meet Robin! 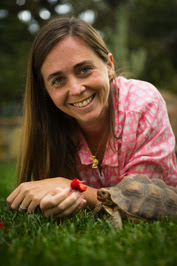 I love the premise of your book. I was sold from the line, "two skunks stole his trike?". In 5 words or less, how would you describe The Midnight War of Mateo Martinez?
Nine-year-old knights brave midnight adventures! (That compound word might be cheating, but I’m not as honorable as my main character.)

What's one thing you admire the most about Mateo?
I admire his quiet quest to understand the world around him in all its complexity. Mateo strives to do what is right at home and at school and in the middle of a midnight war with talking skunks and snarling raccoons, but sometimes he doesn’t know exactly what the right thing to do would be. I love the honesty of that admission.

Which came first, the world, the character(s), or was it something else?
The image of two skunks stealing a trike, by riding it in tandem, came to me late one night while I was watching a real skunk on my back porch.

My young daughter had woken from a nightmare. She was sure there was a snake in her bed and was no way, absolutely never, going to sleep in that bed again, so I scattered some dog food on the back porch and we sat on the couch to watch the neighborhood nocturnal animals. This was way more soothing to her than I feel like it is sounding on paper. Just trust me. It was nice.

A family of trilling raccoons came first… then a stray cat we named Rose Petal (my daughter’s name for everything at that age)… and finally, the smallest skunk ever. It shimmied onto the porch, raised up its fringed tail and…

What do you think they’re all doing at night?” I asked my daughter. “Do you think they go to the playground like you?”
“How would they even get there?” she said.
“On your creaky old trike. Bet you they steal it every night!”
She laughed and after a few more minutes of watching nocturnal critters, she fell asleep. On the couch.

I typed the first sentence of the book that night with my daughter curled up next to me. The world of the book is pretty much my hometown, as long as you think there are talking militarized skunks in Santa Barbara. And the characters are a wonderful mishmash of my siblings and cousins, kids I’ve taught and kids I’ve snooped on from the edges of playgrounds while watching my own children. I wouldn’t say I actually create characters. I look for them. Inside. I can see where little bits of my characters have come from, as if they are the descendants of my memories and experiences. But to me they feel real and whole once I catch sight of them. I haven’t decided yet whether I send them on adventures or if they take me.

Favorite character to get to know?
Mila, Mateo’s irrepressible and pesky little sister, was super fun to get to know. I wasn’t sure at the outset of writing the novel how big a part she would play in the plot. When she bursts from the hydrangea hedge in a boots-off-the-ground-butterfly-net-in-hand lunge to capture the skunks, I was surprised. I love thinking about how she will be as a first grader, as a grownup. She’s definitely one to watch!

If you were a character in your book, who would you have been friends with?
Well, honestly, for most of elementary school I was the kid without the right clothes, or the right lunch, I didn’t have much to say and I laughed at all the wrong times. So I would have been friends with anybody who was nice to me. In this book that would have been Ashwin, or a girl like him. He’s effortlessly friendly and kind and wonderfully weird, and I think he would have liked me just the way I was.

I love your book's cover. What was your first thought when you saw it?
Total and complete joy. The cover was a process, involving different concepts and color schemes created by Teagan White. The neon pink raccoons, those were the critters I wanted on my cover, and I’m just really lucky that the folks at Lerner agreed.

How did you celebrate your big release day?
It was a pretty normal day. I dropped the kids at school and had my phone dinging at me all morning with happy words from twitter friends. I did go out to dinner (after picking up the sitter), and see the Danish String Quartet. Great music can do interesting things to your mind (or mine, anyway). By the end of the evening little plum-black skunks and frizzly-neon-pink raccoons were jiggling, climbing, and clambering all over the stage. They were more real to me than they had ever been, like maybe some other person in the audience was imagining pink raccoons too, because I had imagined them so hard and convinced some people to make a book, a real book, with them inside.

What was one of your favorite books to read going up?
A Wrinkle in Time, Mrs. Frisby and the Rats of Nimh, The Mouse and the Motorcycle. (See, I’m a cheater.)

If you could go back and tell your beginning writer self one piece of advice, what would it be?
It’s okay to mess up, to be wrong, to do things over. I used to think I would get better at writing as I went along, that I wouldn’t have to revise as much. I was wrong. I don't always know, until I'm deep into a project, why I'm writing something. Why I have to write it. Sometimes I'm saving my kid self, making something work out for my character that didn't for me. It's magnificent to get to do that. In the first draft. Then I have to go back and un-save my character.

What keeps you motivated to write, especially on the days when it's hard to get anything written?
As a kid, books were so important to me. They were company and adventure and understanding and fantasy. As a teacher, books are so important to me. They are information and inspiration and quiet and connection. When I sit down to write I don’t always get something down, but so far I have never run out of reasons to show up and try.

What's one #kidlit book you're looking forward to reading this year?
THE VOYAGE TO MAGICAL NORTH! I got to read an advance copy and when the book comes out in July I will absolutely be reading it again. It’s got hilarious accidental pirates, an amazing apprentice magician, and a whole island of librarians—it’s a swashbuckling story about the meaning of stories themselves! And did I mention the murderous penguins

Thank you Robin for stopping by Mundie Kids today! We really appreciate it.
Thank you for having me. 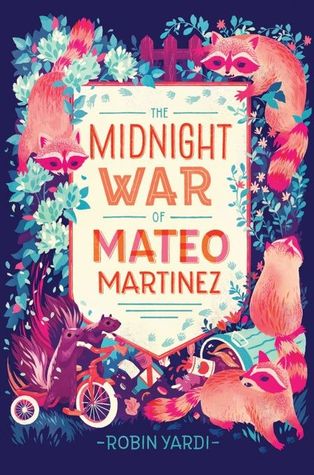 By: Robin Yardi
Published by: March 1st, 2016
Released on: Carolrhoda Books
Add it to: Goodreads

Life is confusing for Mateo Martinez. He and Johnny Ramirez don’t hang out anymore, even though they used to be best friends. He and his new friend Ashwin try to act like brave, old-time knights, but it only gets them in trouble. His parents keep telling him to hold his sister’s hand when crossing busy streets, even though she’s the one who always runs ahead.

And last night, two skunks stole Mateo's old trike.Wait—two skunks stole his trike?Mateo is too big for that rusty kid toy. He has a cool, shiny new bike anyway. But Mateo also has a neighborhood to protect. And he’s about to begin a big, stinky quest to catch the thieves. A quest that starts in the middle of the night!


Robin Yardi lives in the California foothills where-every once in a while, in the dark of night a skunk or two will sneak by. She loves good stories, animals of all sorts, homemade cakes, and kids. She thinks kids are way cooler than grownups, which is why she writes just for them. *source-back of book jacket