THE MAGISTERIUM SERIES: THE BRONZE KEY / Snippet from @CassieClare and @HollyBlack 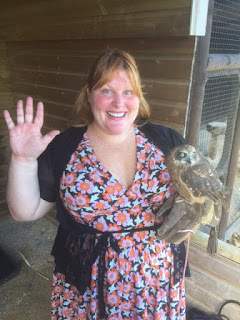 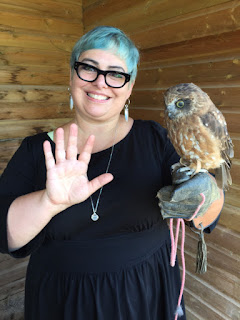 The count down for till the release of Holly Black & Cassandra Clare's THE MAGISTERIUM SERIES: THE BRONZE KEY continues! Only 5 more days till the book is out. Check out the snippet that Cassandra Clare shared here. You can also read it below:


Five days to Magisterium Five: The Bronze Key!
A snippet:
Call’s palms had started to sweat.
Call gritted his teeth and wiped his hands on his pants. Hadn’t Jasper just been testing his Evil Overlordliness? That was what Call needed to focus on. Evil Overlords, even ones who might not remember Evil Overlording, shouldn’t be scared of meeting up with their friends who just happened to be girls. Call was going to be fine. He had this.
With renewed and slightly desperate optimism, he headed toward the tapestry map. He could see Tamara and Aaron, still dancing out on the floor with the others. He wondered if it had occurred to Tamara to ask him to dance, but he knew she would always choose Aaron first. He’d accepted it a long time ago. He didn’t even really mind.
Anyway, Celia had said to come alone. Which he should definitely do if this was going to be about dating. Which he really hoped it wasn’t.
According to the map, the Trophy Room wasn’t far. He headed away from the crowd, through a set of doors and down a marble corridor with small alcoves set into the walls, holding old manuscripts and artifacts. Call liked the clicking sounds his shoes made on the floor as he went. He stopped to peer at an old wristband that must have been the prototype for the one he wore. The leather had been worn thin and several of the stones were missing from their setting. He didn’t recognize the name of the mage who was on the plaque behind it, but the date of his death was 1609, which seemed like a very long time ago.
A few more steps and Call came to the Trophy Room. Over the door, a sign read awards and honors. The door was propped open, so he slipped noiselessly inside.
It was a dim, solemn room, smaller than the main hall. Like the hall, the space was illuminated by an enormous chandelier, this one with blown-glass arms in the shape of octopus tentacles, each sucker dripping with crystals, as though droplets of water clung to them. The walls were covered with a collection of plaques and medallions that must have been given to students at the Collegium.
Call was entirely alone.
He took a turn around the room, glancing at the pictures of mages on the walls, wishing for a window where he could look at a fish or something to pass the time. He was sure Celia would be along in a minute.
After a few more minutes, he decided she wasn’t coming.
He felt unexpectedly glum. If this was his first date, it was a bust.

I also may be very jealous that they're both holding OWLS!
We can't wait read The Bronze Key when it's out next Tuesday!
Posted by Mundie Kids at 10:36 PM Labels: Cassandra Clare, Holly Black, Scholastic, The Bronze Key, The Bronze Key Snippet, The Magisterium Series