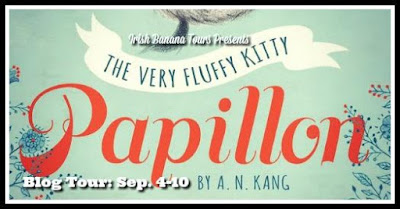 Hello and welcome to today's stop in the PAPILLON blog tour. I am so thrilled to share my review for this must read, adorable picture book. Before I share my review, here's a little bit about the book. Don't forget to check out and enter the giveaway below! 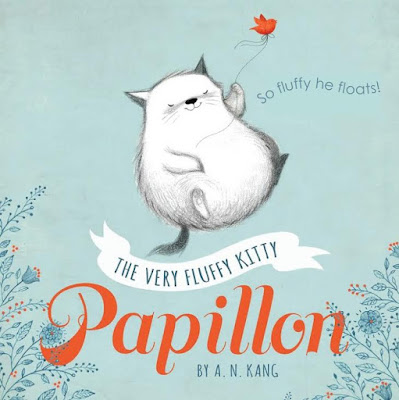 By: A.N. Kang
Published by: Disney Hyperion
Released on: September 6th, 2016 - TODAY
Ages: all
Purchase from: Amazon | B&N
Add it to Goodreads
* I received an arc of this book from the publisher to review, in exchange for my honest review

Papillon is a very fluffy kitty. So fluffy that he's lighter than air! His owner tries to weigh him down, but Papillon just wants to fly.

One particularly sunny day, he floats right out the window! Exploring the wide world is exhilarating, but it's also a little scary. Will his new friend, a bird, be able to help him find his way home?

Whimsical art and airy text come together seamlessly in this delightful debut by A. N. Kang.

This is one purrrrfect picture book! From the whimsical story to the adorable illustrations, it's not hard to fall in love with Papillon. This fluffy kitty is one cat lovers, and non cat lovers will have a hard time not falling in love with. Plus, there are costumes! Now I'm not a fan of dressing animals up, but Papillon definitely looks in a hat.

This is one picture book that young readers will love. Between the story and the illustrations, this book is a must have! Not only is the cover adorable, wait till you slip the jacket cover off and look at the cover. This is one picture I'd recommend picking up!

A. N. Kang (www.annakangdesign.com) was born in a little town in South Korea, with endless rice fields around her house. She grew up entertaining herself with picturebooks, and drew constantly. After moving to the United States as a teenager, she graduated from art school and began to design jewelry, greeting cards, and holiday installations all over New York City. She now lives and works in New Jersey with her sassy cat, Papillon. This is Kang’s debut.

3 Finished Copies of PAPILLON (US Only)

Alcatraz Versus the Evil Librarians #5: THE DARK TALENT by Brandon Sanderson / Book Blitz

The fifth book in Brandon Sanderson's ALCATRAZ vs THE EVIL LIBRARIANS is out today! I'm thrilled to be apart of today's book blitz for THE DARK TALENT! This is a series middle grade readers have loved. If you haven't read about the series, find out more about here. Check out more about THE DARK TALENT below: 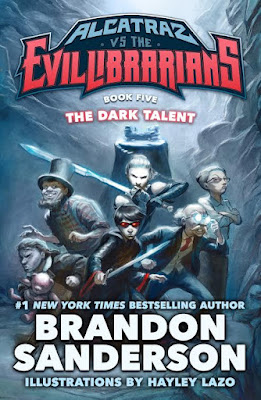 By: Brandon Sanderson
Published by: Macmillan
Released on: September 6th, 2016- TODAY!
Ages: 9-12
Series: Alcatraz Versus the Evil Librarians #5
Buy Link
The Dark Talent is the fifth action-packed fantasy adventure in the Alcatraz vs. the Evil Librarians series for young readers by the #1 New York Times bestselling author Brandon Sanderson. This never-before-published, fast-paced, and funny novel is now available in a deluxe hardcover edition, illustrated by Hayley Lazo.
Alcatraz Smedry has successfully defeated the army of Evil Librarians and saved the kingdom of Mokia. Too bad he managed to break the Smedry Talents in the process. Even worse, his father is trying to enact a scheme that could ruin the world, and his friend, Bastille, is in a coma. To revive her, Alcatraz must infiltrate the Highbrary—known as The Library of Congress to Hushlanders—the seat of Evil Librarian power. Without his Talent to draw upon, can Alcatraz figure out a way to save Bastille and defeat the Evil Librarians once and for all?

PRAISE FOR THE BOOK
“Like Lemony Snicket and superhero comics rolled into one.” –Publishers Weekly, starred review 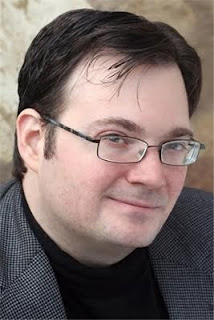 BRANDON SANDERSON is the #1 New York Times bestselling author of The Rithmatist and Steelheart, both of which were selected for the American Library Association’s Teens’ Top Ten list. He’s also written many popular and award-winning books for adults. His middle grade series, Alcatraz vs the Evil Librarians, is now available in deluxe editions.
Author’s Website: http://brandonsanderson.com