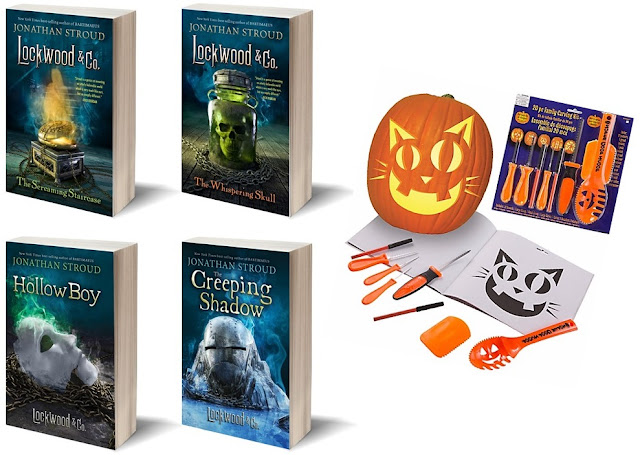 We're celebrating Halloween and release of THE CREEPING SHADOW! We're so thrilled to team up with Disney to celebrate with a giveaway of Jonathan Stroud's Lockwood & Co series! One winner will receive the complete series, and everything pictured above. This is the perfect series for Halloween! You can read an excerpt from The Creeping Shadow here. Before you enter to win, here's a little bit about Jonathan's series:

Jonathan Stroud, author of the internationally best-selling Bartimaeus books, continues his hit series of supernatural thrillers about three teen members of a Psychic Detection Agency who are battling an epidemic of ghosts in London. The fourth book in the series, The Creeping Shadows, released September 13th. 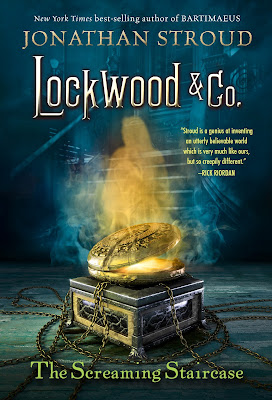 In The Screaming Staircase, the plucky and talented Lucy Carlyle teams up with Anthony Lockwood, the charismatic leader of Lockwood & Co, a small agency that runs independent of any adult supervision. After an assignment leads to both a grisly discovery and a disastrous end, Lucy, Anthony, and their sarcastic colleague, George, are forced to take part in the perilous investigation of Combe Carey Hall, one of the most haunted houses in England. Will Lockwood & Co. survive the Hall’s legendary Screaming Staircase and Red Room to see another day?

Readers who enjoyed the action, suspense, and humor in Jonathan Stroud’s internationally best-selling Bartimaeus books will be delighted to find the same ingredients, combined with deliciously creepy scares, in his thrilling and chilling Lockwood & Co. series. 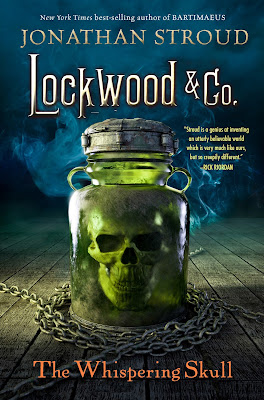 In the six months since Anthony, Lucy, and George survived a night in the most haunted house in England, Lockwood & Co. hasn’t made much progress. Quill Kipps and his team of Fittes agents keep swooping in on Lockwood’s investigations. Finally, in a fit of anger, Anthony challenges his rival to a contest: the next time the two agencies compete on a job, the losing side will have to admit defeat in the Times newspaper.

Things look up when a new client, Mr. Saunders, hires Lockwood & Co. to be present at the excavation of Edmund Bickerstaff, a Victorian doctor who reportedly tried to communicate with the dead. Saunders needs the coffin sealed with silver to prevent any supernatural trouble. All goes well—until George’s curiosity attracts a horrible phantom.

Back home at Portland Row, Lockwood accuses George of making too many careless mistakes. Lucy is distracted by urgent whispers coming from the skull in the ghost jar. Then the team is summoned to DEPRAC headquarters. Kipps is there too, much to Lockwood’s annoyance. Bickerstaff’s coffin was raided and a strange glass object buried with the corpse has vanished. Inspector Barnes believes the relic to be highly dangerous, and he wants it found.

The author of the blockbuster Bartimaeus series delivers another amusing, chilling, and ingeniously plotted entry in the critically acclaimed Lockwood & Co. series. 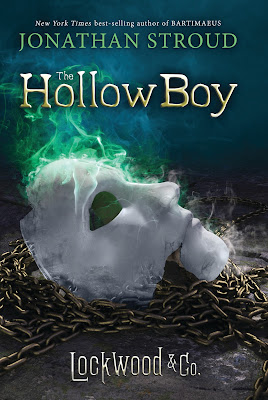 Anthony's dark secret is revealed, Lucy resents a new employee, and the ghost jar continues to mutter in the third book in the series that Kirkus called "rousing adventures for young tomb robbers."

As a massive outbreak of supernatural Visitors baffles Scotland Yard and causes protests throughout London, Lockwood & Co. continue to demonstrate their effectiveness in exterminating spirits. Anthony Lockwood is dashing, George insightful, and Lucy dynamic, while the skull in the jar utters sardonic advice from the sidelines. There is a new spirit of openness in the team now that Lockwood has shared some of his childhood secrets, and Lucy is feeling more and more as if her true home is at Portland Row. It comes as a great shock, then, when Lockwood and George introduce her to an annoyingly perky and hyper-efficient new assistant, Holly Munro.

Meanwhile, there are reports of many new hauntings, including a house where bloody footprints are appearing, and a department store full of strange sounds and shadowy figures. But ghosts seem to be the least of Lockwood & Co.'s concerns when assassins attack during a carnival in the center of the city. Can the team get past their personal issues to save the day on all fronts, or will bad feelings attract yet more trouble? 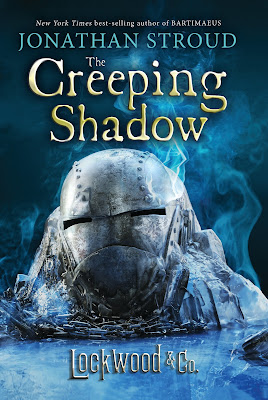 A terrible crime forces Lockwood to turn to Lucy for help, setting them on the trail of dark secrets at the heart of London society. Both professionally and personally, their investigation stirs up forces they may not be able to control. . . .
After leaving Lockwood & Co. at the end of The Hollow Boy, Lucy is a freelance operative, hiring herself out to agencies that value her ever-improving skills. One day she is pleasantly surprised by a visit from Lockwood, who tells her he needs a good Listener for a tough assignment. Penelope Fittes, the leader of the giant Fittes Agency wants them--and only them--to locate and remove the Source for the legendary Brixton Cannibal. They succeed in their very dangerous task, but tensions remain high between Lucy and the other agents. Even the skull in the jar talks to her like a jilted lover. What will it take to reunite the team? Black marketeers, an informant ghost, a Spirit Cape that transports the wearer, and mysteries involving Steve Rotwell and Penelope Fittes just may do the trick. But, in a shocking cliffhanger ending, the team learns that someone has been manipulating them all along. . . . 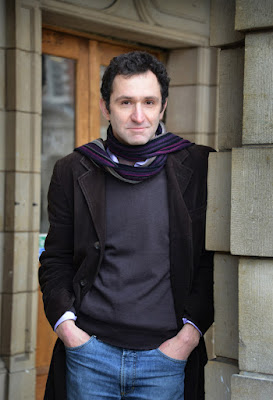 Jonathan Stroud (www.jonathanstroud.com) is the author of three previous books in the Lockwood & Co. series as well as the New York Times best-selling Bartimaeus books, and the stand-alone titles Heroes of the Valley, The Leap, The Last Siege, and Buried Fire. He lives in England with his wife and three children.

ENTER TO WIN
Happy Halloween from Lockwood & Co! Thank you to Disney, one lucky winner will receive everything pictured above. This includes: