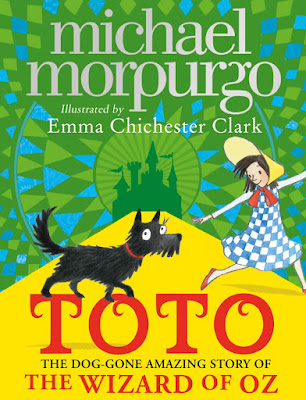 Think you know the story of The Wizard of Oz? Think again! New, from the storyteller who gave readers War Horse, author Michael Morpurgo, has a brand new release out for young readers. Featuring over 250 illustrations, TOTO THE DOG-GONE AMAZING STORY OF THE WIZARD OZ, is a surprising new, and fun twist on the classic, The Wizard of Oz. If you're looking for a fun Halloween read, add this book to your list! 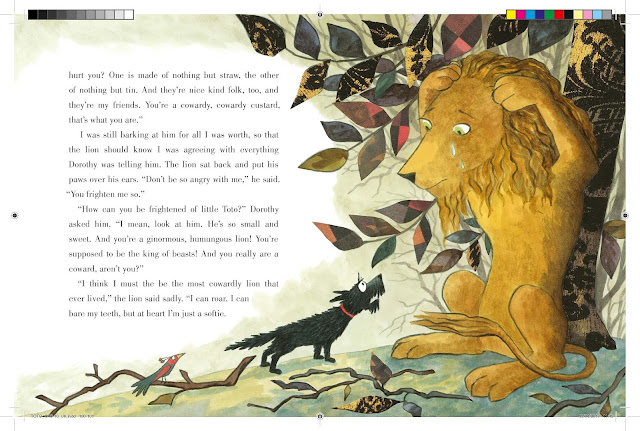 Thank you to Harper Collins, I've got a sneak peak into the book. Trust me, this is one book you'll want to pick up. It made our list of Halloween recommendations. The great thing about this book, is it also makes a great read through out the year. This is definitely a Wizard of Oz book for a whole new generation of fans. The illustrations match the story perfectly. 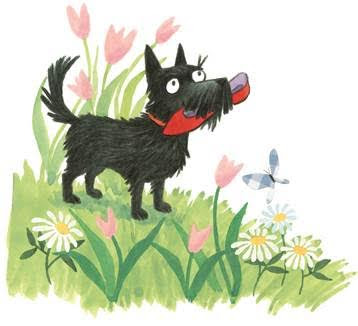 By: Michael Morpurgo
Illustrated by: Emma Chichester Clark
Published by: Harper Collins
Released on: September 12, 2017
Ages: 8 & up
Purchase from: Amazon | B&N
Add it to Goodreads

I was there,” Papa Toto said, and those magic words sent shivers down my spine. It was going to be the Wizard story. “Dorothy and me were both there.”

We were all silent, waiting, waiting. Then Papa Toto began…

When a twister descends on their Kansas farm, Toto and his owner Dorothy hide in the house – only to be plucked into the air and whisked away! Coming down with a crash in the mysterious land of Oz, the pair meet a series of extraordinary characters: a scarecrow who believes he has no brains, a tin man without a heart, and a cowardly lion who may not be as cowardly as he thinks he is.

But Toto and Dorothy are desperate to return home – after all, home is home, and home is best! So, they set off with their new friends on a journey down the yellow brick road to find the only person who might be able to help them: the Wonderful Wizard of Oz. On the way, all of them will learn that what they think they are missing might have been there, all along…

Beautifully illustrated throughout, this is an unforgettable retelling of a classic story, and a must for every bookshelf. 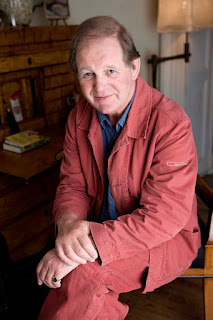 MICHAEL MORPURGO OBE is one of Britain’s best-loved writers for children. He has written over 100 books and won many prizes, including the Smarties Prize, the Blue Peter Book Award and the Whitbread Award. His recent bestselling novels include Pinocchio, Listen to the Moon and An Eagle in the Snow.

His novel War Horse has been successfully adapted as a West End and Broadway theatre play and a major film by Steven Spielberg. A former Children’s Laureate, Michael is also the co-founder, with his wife Clare, of the charity Farms for City Children.