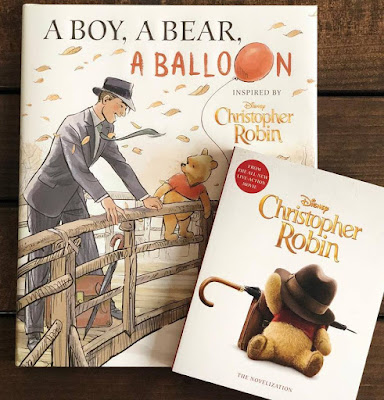 Who’s excited to watch The Christopher Robin movie that will be out on August 8th, 2018 from Disney? We are. I’m excited to partner with Disney Hyperion to share two of their recent releases. A BOY, A BEAR, A BALLOON is a picture book tie-in to the movie, and CHRISTOPHER ROBIN, The Novelization is the movie in story form. Both books were provided by Disney in exchange for my honest reviews. 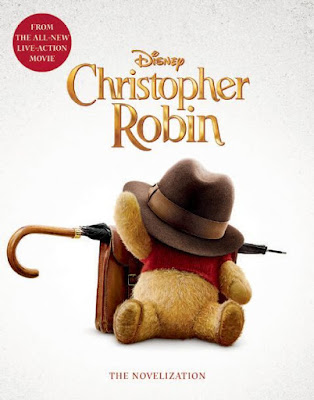 By: Disney Book Group
Published by: Disney Press
Released on: July 3rd, 2018
Ages: 8 & up
Purchase from: Disney & other online retailers
Add it to Goodreads
Rating: 4 owlets

Capturing the heartwarming magic of Walt Disney Studios' upcoming Christopher Robin film, this novelization pulls fans back into the world of Pooh through a book that enables them to relive the story and revisit their old pals whenever they please. Focusing on the power of love, friendship, and family, the novelization invites readers to join Christopher Robin, Pooh, and their friends from the Hundred Acre Wood on an all-new adventure that adds new depth to timeless and beloved characters old and new.

CHRISTOPHER ROBIN, The Novelization is the movie brought to life within the pages of the adorable covered book. It's a book whose story is very much how I pictured it would be like as an adult returning to the 100 Acre Woods. The beloved characters who live there are just as I had imagined they would be. While part of this story is like a homecoming, returning to characters I absolutely loved growing up with, it's also an introduction to the beloved 100 Acre Wood, for a whole new generation. Christopher Robin's daughter adds a new generation to a classic story set in current day.

This story was a fun one to read. The charming illustrations featured at the beginning of each new chapter and the bigger print words add to this book’s appeal for readers of all ages. I loved the little quotes added from A.A. Milne and Winnie The Pooh. This is one book I'd recommend picking up either before or after you see the movie. *If you don't want to know how the movie ends, don't read the book until after you see it. 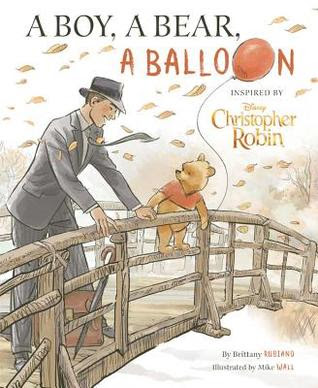 By: Brittany Rubiano
Illustrated by: Mike Wall
Published by: Disney Press
Released on: July 3rd, 2018
Ages: 4 & up
Purchase from: Disney & other online retailers
Add it to Goodreads
Rating: 4 owlets

Retelling touching scenes from the upcoming Walt Disney Studios' upcoming Christopher Robin film, this charming picture book finds Christopher reuniting with Pooh, Piglet, Tigger, Eeyore, and the rest of his old friends when he returns to the Hundred Acre Wood for the first time since childhood. As he returns to the life he once new, Christopher sees the world through new eyes and discovers that even as everything around us seems to change, the most important things remain constant.
A BOY, A BEAR, A BALLOON is a retelling of the movie & features touching scenes from the movie. Paired with classic Disney illustrations, this picture book brings all of The 100 Acre Woods beloved characters to life as they help a grown up Christopher Robin look for his silly old bear, Winnie The Pooh. This is a charming read that felt very much like how I would except to would be like returning to the 100 Acre woods as an adult. We really enjoyed revisiting our childhood favorite Disney characters.